A Closer Look at the GoPro Hero4 Music Bundle 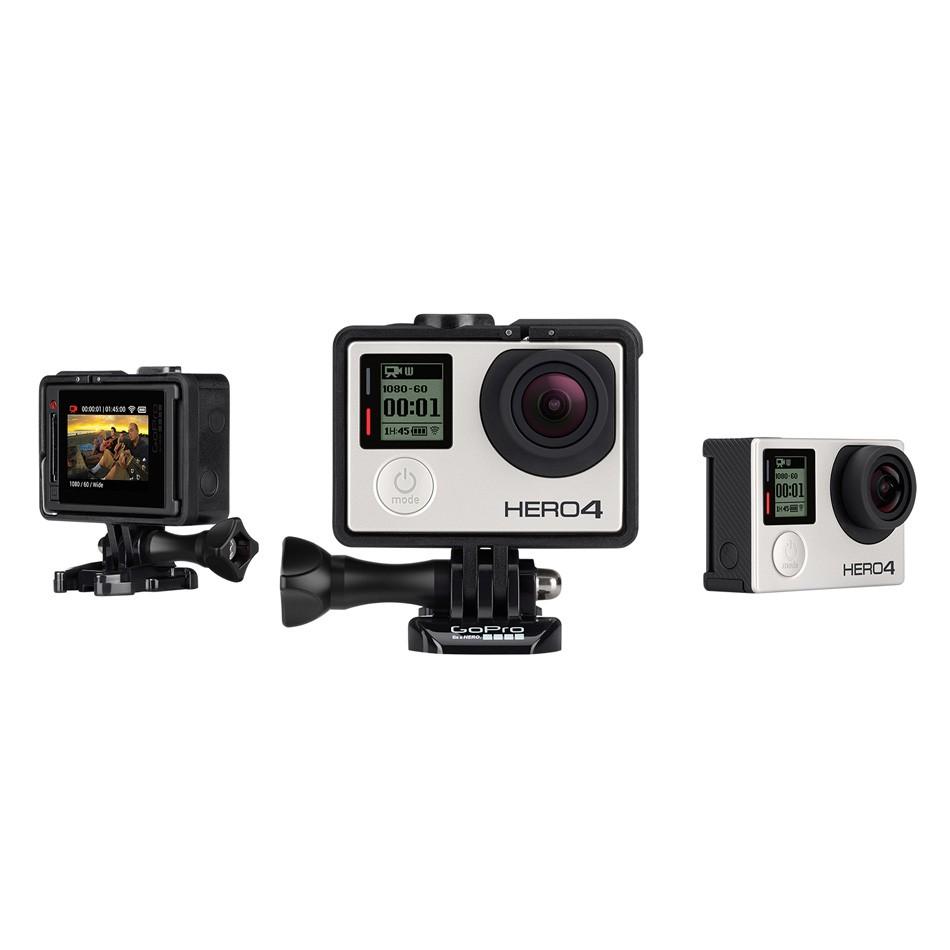 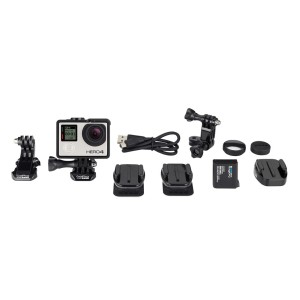 It’s pretty much a given that these days a band needs to have a Facebook page or some other sort of online presence. While live shows and solid recordings are still the bread and butter of exposure, musicians will be doing themselves a disservice if they choose to ignore the web. We live in an age fueled by seamless online connectivity, giving us the ability to consume media like never before. And with that, bands need to be able to differentiate themselves by not just their music, but with the way they present themselves online as well. While photos and audio are a given, there’s no better way (short of a live performance) to show off your group’s skills than with professional quality videos that are able to capture the music and moment with amazing clarity and definition.

The King of the Action Cam

Most of you out there have probably heard of or seen a GoPro before, the go-to action camera for amateur and professional filmmakers alike. If you’ve seen point of view shots of a surfer catching a wave or someone riding a rollercoaster, chances are good that it was captured with a GoPro.

While there have been plenty of high quality cameras around, the GoPro’s success can be attributed to its great combination recording features that are always one step ahead of the game, a tough and compact build, easy to use interface, endless set of accessories and great overall value, meaning you no longer have to be a pro filmmaker with a fat wallet to shot professional high quality videos.

But they aren’t just for filmmakers and outdoor sportsmen: GoPro offers plenty of accessories made specifically for musicians looking to capture gigs, studio sessions or jams in superior quality like never before. Give your friends and fans a behind the scenes look at your shows, create your own music videos in stunning 4K resolution or strap the cam to your body for point-of-view shots of your performances.

And with the Hero4 Black or Hero4 Silver Music Bundle, you'll get everything you need to get started including:

The Hero4 camera itself continues GoPro’s streak of the best available action camera around, featuring an enhanced sensor that boasts better image quality than all of the GoPros that came before it. And better yet, the Hero4 Silver is also the first GoPro to feature an integrated touch display, allowing you to navigate, sort, shoot and play videos easier than ever before (not available on the Hero4 Black).

With the Hero4 Silver, you’ll be able to capture 1080p quality video at 60 frames, sharper and clearer than other cams. Other video settings include 720p at 120 frames and 960p at 100 frames, each of which delivers remarkably smooth slow-motion playback. 4K and 2.7K is also available at cinema quality playback. For $100 more, you can upgrade to the Hero4 Black Music Bundle which features the Hero4 Black camera (instead of the Silver), able to capture stunning 4K resolution video at 30 frames per second, 2.7K at 60, 1080p at 120 or 720p at 240.

If you're worried about the fidelity of your music, rest easy as the Hero4 is no slouch in the audio department either, able to capture clean, high quality sound thanks to its powerful new audio system. Its top-quality microphone delivers nearly 2 times the dynamic range of its predecessor, while a best-in-class audio algorithm ensures your recordings sound smooth and natural. And just in case you prefer the tone of your own gear, the Hero4 is compatible with a variety of external mics when using the optional 3.5mm adapter.

Aside from videos, the Hero is also able to capture detailed 12MP photos for all your production needs—from creating album art to documenting life on tour. Choose from a variety of modes to further enhance your shot. Burst mode shoots up to 30 photos in one second—perfect for drum solos and other fast-action sequences. Time Lapse automatically captures photos at set time intervals from 0.5 to 60 seconds. It’s great for instrument-mounted shots when the shutter button is out of reach or capturing a series of photos so you can pick your favorites.

And with Auto Low-Light mode, the Hero 4 will automatically change its frame rate setting based on lighting conditions for the best low-light performance available, allowing you to capture, crisp, clear shots at night or in dark, smoky clubs without having to manually adjust your settings. The Hero4 also includes customizable settings for color, ISO limit, white balance, sharpness and exposure — the greatest degree of manual control available in a GoPro camera.

Other features include built-in Wi-Fi and Bluetooth, allowing you to connect to the GoPro App, Smart Remote (able to control multiple GoPro cameras from a distance of up to 600 feet) and more. The GoPro App transforms your phone or tablet into a live video remote for your camera, offering full control of all functions and settings, easy shot preview and playback, plus sharing via text, email, Facebook and more.

Easily enhance the music experience for your friends and fans with the GoPro Hero4 Silver or Black Music Bundle, the perfect addition to your band's repertoire! If you already own a GoPro, we offer plenty of standalone accessories to further enhance your camera including the infamous headstrap, the highly versatile Jaws Flex Clamp or the Dual Battery Charger with Extra Battery kit. You can also check out all of out GoPro cameras and accessories right here!

How would you use a GoPro to enhance your music?