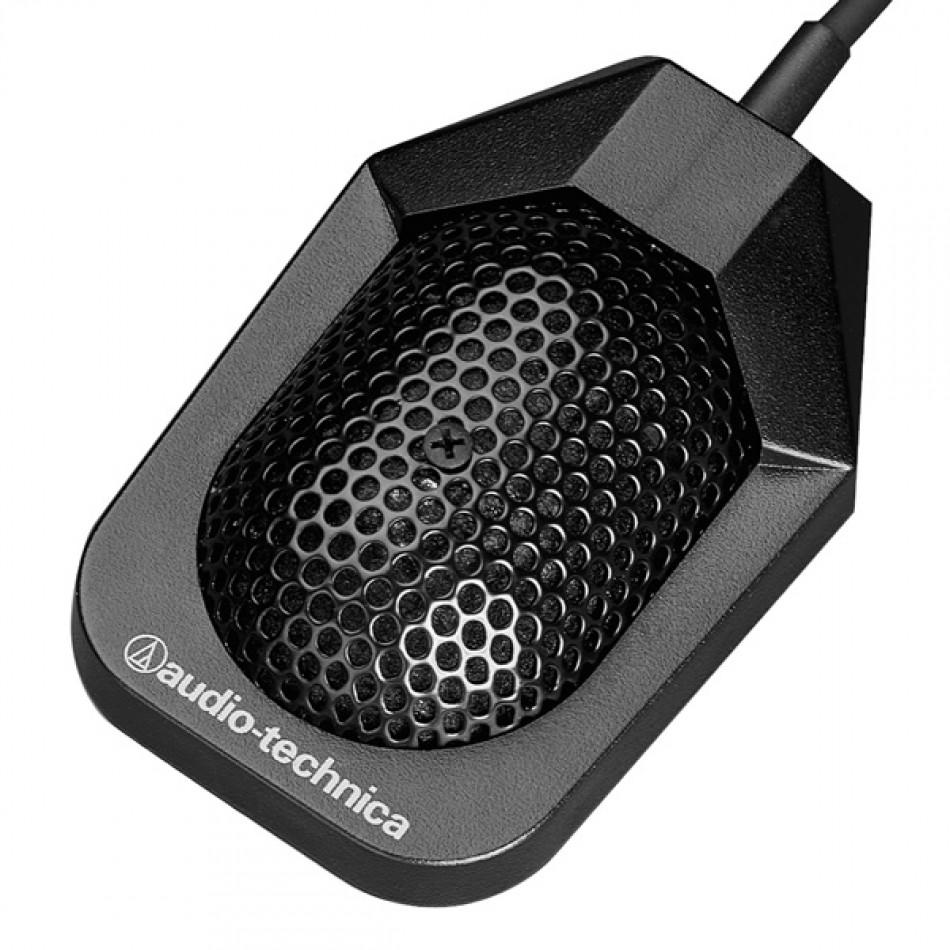 Today, we’re taking a look at the Audio-Technica PRO 42 Miniature Cardioid Condenser Boundary Microphone, a very low-profile mic designed with sound reinforcement in mind. As you can probably tell from the construction, boundary mics are not your average vocal or instrument microphones. Instead of being placed on a traditional mic stand in front of a performer, they are placed flush on a wall or flat surface.

As far as music applications go, they are excellent at recording full room sound when mounted on a wall. While that might not seem like much at first, the added ambiance of a full room sound can sometimes make the difference between a natural, rich recording and a dull one. They are also often used to record piano, drum kits, string soloists and even a small ensemble.

Aside from music production, boundary mics have a wide variety of other uses including board meetings, interviews, broadcasting, on a stage during a play or musical, at a podium during a speech – pretty much anywhere where sound reinforcement is needed. In fact, they are commonly used near ice rinks during hockey matches to amplify body check sound effects.

If you’ve never seen the Audio Technica PRO 42 in person, you’ll most likely be surprised at just how small this mic truly is. At 1.44" x 2.14" x 0.61" (36.6 mm x 54.3 mm x 15.5 mm), it’s just slightly larger than a 9 volt battery, and not by much. But don’t let the tiny form factor fool you, the PRO 42 is built tough and very capable of capturing big sound. The PRO 42 does require phantom power but luckily, the cord on the mic is very long so you can easily place it in a number of locations far from the power source. The cord is also very thin, and along with the small profile of the PRO 42, you can easily place it in a number anywhere without it being too noticeable or in your way. For detailed specs on the PRO 42, you can check out the chart below: 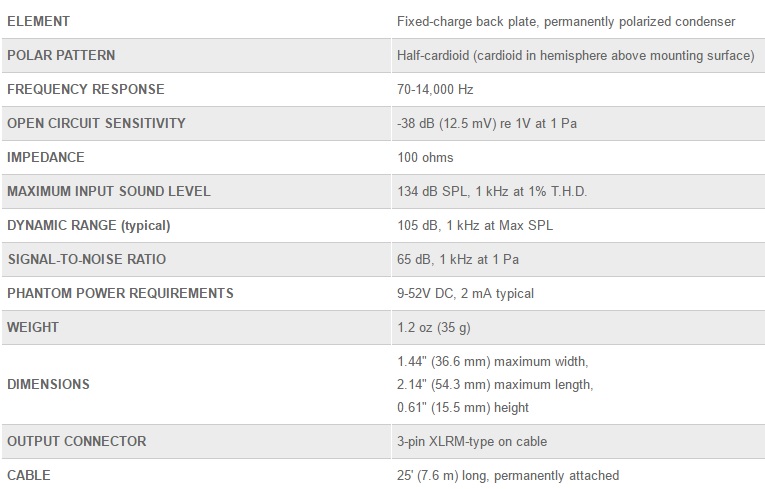 In our first test, we decided to record a quick group chat. With the mic placed in the middle of the table, the PRO 42 was easily able to capture each of our voice. The results were impressive. The uniform polar pattern worked as expected, delivering an impressive amount of unwanted sound rejection, leaving our voices crisp, clear and highly intelligible. I was a bit worried that the PRO 42 would have trouble capturing one of our quieter co-workers, but that wasn’t the case.

Moving on to music, we then tried the PRO 42 as the sole recording source in a few scenarios in order to have a good idea of what this mic can do on its own. Unsurprisingly, it worked great on piano. The results were nice and clear on an acoustic guitar (even with some vocals thrown in), but nowhere near the professional results you’d get from a traditional recording setup. We then tried recording a three piece jam session, placing the PRO 42 on a wall facing the entire band. The results were better than expected, more than good enough for recording a practice session. Placement was important though as not every location gave balanced results. Still, the margin for error was big enough that once you ballpark a good location, you don’t have to be too meticulous in order to get good results. 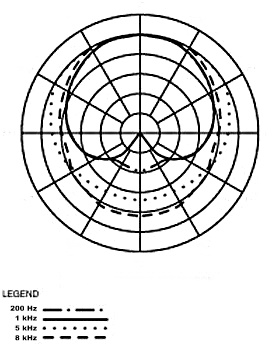 We then tried the PRO 42 as an extra mic in traditional recording setups. This is where the PRO 42 really starts to shine as a recording mic. While it won’t make every recording better, it works excellent when trying to capture a more natural, fuller sound. For example, it won’t really do anything for metal guitar recordings. The same goes with an electric bass. But on a clean or slightly overdriven guitar played from a tube amp, it worked great, adding a sweeter sort of ambiance to the overall recording. Again, you’ll have to play around with the placement depending on what type of sound you want to add but it shouldn’t take too long to find a good spot. It also worked particularly well when recording drums, reinforcing the sound captured by the overhead mics when placed on a wall facing the kit. All in all, the PRO 42 worked best on recording situations where acoustics play a fundamental role in the overall sound.

For curiosity’s sake, we then decided to place the Pro 42 inside an acoustic guitar to see how well it would perform as a sort of built-in pickup. While it’s not going to replace true acoustic amplification options, we were actually pleasantly surprised with the results. Not every position was great, but when placed at a certain sweet spot (on the back of the guitar facing the soundhole), the results were pretty good. We ran the same test on an acoustic already equipped with pickups, and the results were much better. A bit of blending and some light EQ gave us a rich, natural sound with plenty of complex character, more than good enough for recording or stage work purposes. So while we won’t suggest the PRO 42 as your single source of acoustic guitar amplification, it works great as an additional source – aside from the fact that you’ll have a thin cord coming out of your soundhole!

While it might not be a leading star of recording mics, it is an excellent supporting cast member, able to enhance room acoustics when needed for a richer, deeper recording. It won’t replace your traditional instrument mics but it’s definitely a nice addition to have around. And if you’re simply looking to use the PRO 42 for non-instrument related purposes, such as for a play or board meeting, it will definitely get the job done with great results.

If you have questions regarding the purchase of this or any other piece of gear, you can contact one of our helpful PAL pros by using the Contact Us dialogue box below!

How would you use a boundary mic?