Band Tips: Top Signs That You Should Say No To A Gig

As a budding band, you always keep your eyes peeled for great chances to sell your music at events, increase your reputation and enjoy yourself, not to mention get to earn a few bucks, right? And when these opportunities are knocking on your door, letting them slip off your hands is the last thing you want to do. That is what you might think.

Not all gigs are ideal for you if you want to grow to become the famous band you desire to be. There are times when you have to say no for your own reputation's sake as well as other reasons. You've really got to be careful as you pick offers because each of them means everything, and all of the ones you agree to will add to your résumé. Here are top signs that you should say no to a gig.

1. When You Are Not Well Prepared

When you get a gig suddenly and you have very little time to prepare, or you know that everything needed for the band to run smoothly is not ready, this is one sign that clearly shows you should not accept the offer. Proper preparation is key to the success of your band. Just as a businessman cannot showcase a product or a project when it is not entirely ready, you should also not sign any contract if you know you don't have everything working right. Whether one of your crew members isn't available or your equipment is broken, or any other factor that might make you fail is enough reason to reject the gig.

There is a target many promoters set for you, and if you don't get to hit them it means failure, lost trust and much better opportunities in the future gone. It would actually be better for you to let go of just one gig and secure more in the coming days or months than to take it when you fully know you aren't well prepared and lose all you have worked for.

2. When the Pay is Not Worth it

The pay here doesn't necessarily mean the paycheck after the performance. It also has to do with the value and exposure you get off of it. Although the money plays a big part in your growth, gaining more credibility is a huge thing too. That is why you have to weigh the offer very carefully and look at it from the finances and the credibility. There are times you will get an offer that pays less but could potentially skyrocket your reputation and fame. There are also instances where you will be asked to play at an event that will foot so many of your bills and get some to celebrate your success with but barely get you anywhere.

In both cases, the offers seem quite interesting and good to work with but in reality, it is not. As you gain experience, you will come to note that a day's boost in your reputation is way more important than a single paycheck. It will make a huge impact on your career moving forward while the payout will only clear a few financial hurdles. But, it doesn't mean you only go for the ones which appear more credit worthy. You also need money to keep pushing the wheel. The most important thing is to ask yourself what is an essential thing you want to take out of a gig at that particular time.

3. When the Gig Will Taint Your Reputation

Here's another better situation to clearly bring out the aspect of reputation. Say you have a promoter who is willing to pay you higher than you have ever made in your previous performances, but they don't really have a good résumé. For example, if the promoter is involved with stuff that turns off the public like being sexist, racist or is plainly homophobic, that a good solid reason to not want to play in their upcoming event. You don't want to do anything that messes with your audience because they are the ones who determine how good you grow to be and how loved you are national or even internationally.

The promoter is mostly seeking to make his event a success, and remember it is just a single event. You, on the other hand, are looking to get a lift in your career which is to last for a lifetime. So if you choose to play in a venue which doesn't believe in or dislike a certain pocket of people, you will also be perceived as such. And in turn, that pocket will not want to have anything to do with you which means losing a huge portion of your fans for a few hundred or thousand dollars. Every person means a lot to your music business if they can hear it and spread a good word about you, which they mostly do. So don't get distracted too much by money while you are working on getting to the top and end building failure into your band because of just one promoter.

4. When You've Performed Many Times in the Same Region

This isn't always the case to all bands. It is something you have to check in your actual band and the region where you do your thing. Yes, getting invited to the same venue to perform for a good number of occasions sure seems good as people might have loved you, but look out for the signs of boredom from the listeners. If you make appearances on many shows in the same place and start noticing the number of people coming to those events is starting to go down, it is time to reject the next offer and give it a little rest. People may get too used to your music, or the set up for the actual shows might seem too monotonous for folks to get intrigued with. And the crowd decreasing should be a good indicator of that.

So always have your eyes on the people you are performing for. If they show up in huge numbers than the previous play, you are doing a really good job. But if they start coming low, you better stop accepting the invites and take some time to prepare for an earth shaking come back, of course after a good while. Make them miss you, as they say, absence makes the heart grow fonder.

5. When You Suspect You're About to Get Ripped Off

One thing you should always keep in mind, not only in a band but in other areas of your life, is that all shining opportunities are not always golden. And not every person who makes deals with you will end up keeping his end. Most people are out there to rip you off or simply use you to make themselves rich and famous. And yes, when you are making your start you have to allow yourself to be used to get what you want. But choose wisely the people you allow to step on your toes as the step may not be worth it in the end. To put it in simple words, do your due diligence on any offer you get. Seek to know if the promoter has had any messy scenarios with people he had worked with in the past.

Make sure you know everything there is about the nature of the show, the promoter, and the venue before you sign up for it. If everything gets a tick in the plus column, that is a real deal, and you should leverage it. But if anything appears fishy or the terms tend to take a sudden twist minutes before you get on the stage, drop the offer and simply walk out, you will save your band a lot of disappointment and heartaches.

To be safe, make sure the deal is clean, straight and goes as planned without any turns and twists.

If you are in a brand new band and could use all the on stage practice you can get, there's no shame in accepting everything that comes your way. But if you've been grinding, honing your craft and have the goods to back it up, treat your time like the valuable asset that it is.

What are some other signs you shouldn't take a gig? 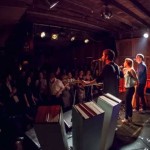 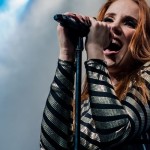 Vocal Tips: How To Be Heard While Playing Loud[/caption] [caption id="attachment_7567" align="alignleft" width="150"] 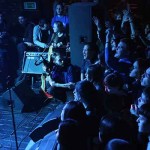