As an industry leading manufacturer, the name Gallien-Krueger is well-known in the music equipment world, especially among bass players. Founded in 1968 by Bob Gallien, GK has built a well-earned reputation for their high-quality amplifiers and accessories. Today, we're taking a look at a few of their bass amplifier heads, the MB200, RB1001-II, and the Fusion 550 -- three heads from different series at three different price points. 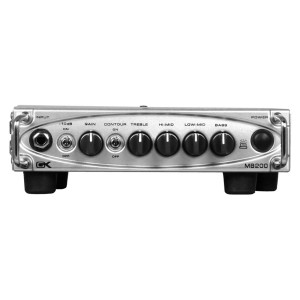 Coming it at the very affordable price point of $350, the GK MB200 is a powerful 200-watt portable-friendly amp that won't set you back. The MB series itself was built to offer great performance while remaining as lightweight and small as possible. Small enough to easily fit into a gig bag without much trouble. In fact, the MB only weighs 2 pounds!  MB200 specific features include 4-band EQ with contour switch to dial in your desired tone, an XLR direct out with pre/post EQ switch, Aux input, Headphone/line out, and Speakon output, making it a pretty feature rich bass head. All heads in the MB series also feature aluminum enclosures, digital power supplies, and power amplifiers, not to mention unique signal management circuitry, allowing them to deliver high volume while retaining punch and dynamics. If portability and a low price is what you're after -- not to mention authentic GK tone -- you cant go wrong with the MB200. 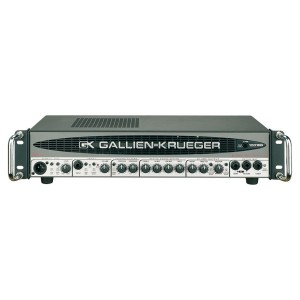 GK’s RB Series has been around for over three decades, reining as one of the best analog bass amplification series around. G.I.V.E. Technology (Gate Induced Valve Effect) is integrated into the design of all RB Series heads allowing them to deliver a warm, punchy tone with a fast transient response. With the 1001-II specifically, you get a powerful, bi-amped bass head designed with maximum performance and ease of use in mind. In case you're wondering, the bi-amped design means the 1001-II delivers 700W of power to the woofer and 50W of juice to the horn creating a powerful 2-way sound that never gets muddy or distorted. Combine that with GK's popular voicing filters and an intuitive and precise 4-band EQ, you have a highly versatile, capable and powerful bass amp head that will definitely deliver. 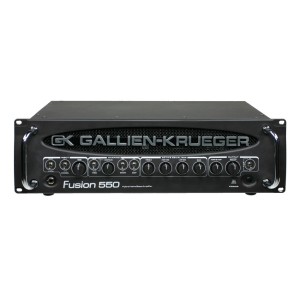 And last but not least, we have the Fusion 550. While it might be pricey, it is definitely worth the investment if you're looking for top-tier performance, features, and quality. the Fusion 550 comes packing a unique six stage tube preamp combined with the same high current analog power amp found in the RB Series. That means you get that rich, warm tube tone plus the quick, punchy power section that GK bass amps are known for. The Fusion 550 also innovative motorized controls that let you store two different settings that can be instantly recalled through the included footswitch -- perfect for changing things up on the fly. It doesn't end there. The Fusion 550 also packs a modified version of the RB1001-II's bi-amp system, allowing you to dial in up to 50W of independent power to the horn. Other features include a tube driven 4-band active EQ, contour controls, GK's renowned voicing filters, Neutrik Speakon and 1/4" speaker output jacks, effects loop, tuner out, and a footswitch input jack. If you're looking for the absolute best that GK has to offer, the Fusion 550 definitely fits the bill!