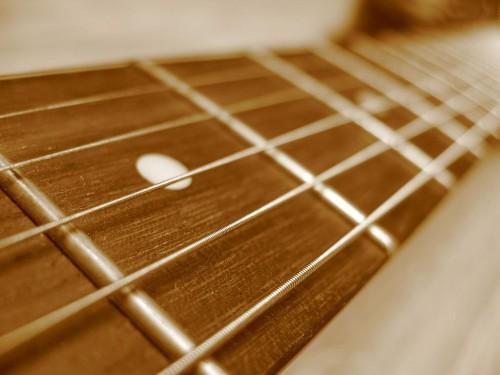 If you've spent any amount of time looking at guitar specs, you should have come across their fret size, such as Jumbo Frets, Medium Jumbo, and so on. So, the question is, what does that mean, relative to playability? Is one better for a certain style? Is it all about feel? What are frets anyway? We answer all this and more.

The Anatomy Of A Guitar Fret 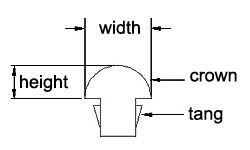 When we say "frets," we're talking about the thin wire strips spaced at very precise intervals along the entire length of the fingerboard and not the spaces in between the thin wire strips where your fingers actually go when you're pressing down on (or "fretting") the strings.

Frets are cut from fret wire which is manufactured in lengthy rolls and is usually made of nickel silver, an alloy that, naturally, doesn't actually contain any silver. As for specifics, frets consist of a rounded "crown" (or "bead") atop a thinner "tang" with barbs on either side as seen in cross-section. Individual frets are snipped to match the width of a guitar's neck and hammered (lovingly tapped, more accurately) into slots pre-cut into the fingerboard. The crown runs the width of the slot; the tang runs a bit shorter than the width of the slot. The barbs on either side of the tang help hold the fret in place in the slot, although glue is often used, too.

First off, when we talk about fret sizes, we're only talking about the width and height of the crown. The main fret wire maker, California-based Dunlop Manufacturing Inc., produces five main fret sizes. Listed by part number, name (where applicable), crown width and crown height, they are, from smallest to largest:

Which size you like is purely a matter of preference, although it can affect your playing style. If you like your fingers to actually touch the fingerboard when fretting the strings, frets that aren't very tall like the 6130, 6150 or 6230 are for you. On the other hand, jumbo 6100 fret wire can provide easier playability with better sustain, tone and bending because you don't have to press as hard to fret the strings, but your fingers probably won't even touch the fingerboard, which could take some getting used to if you're accustomed to smaller frets.

Hopefully, the information we went over above has given you a good idea on what guitar frets are and the various sizes they can be found in. As mentioned above, one size isn't necessarily better than another and it comes down to player preference.

What type of size do you prefer on your own guitar? 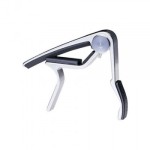 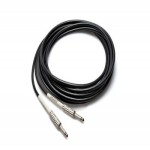 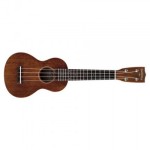