Differences Between The Ibanez TS808, TS9 And TS9DX 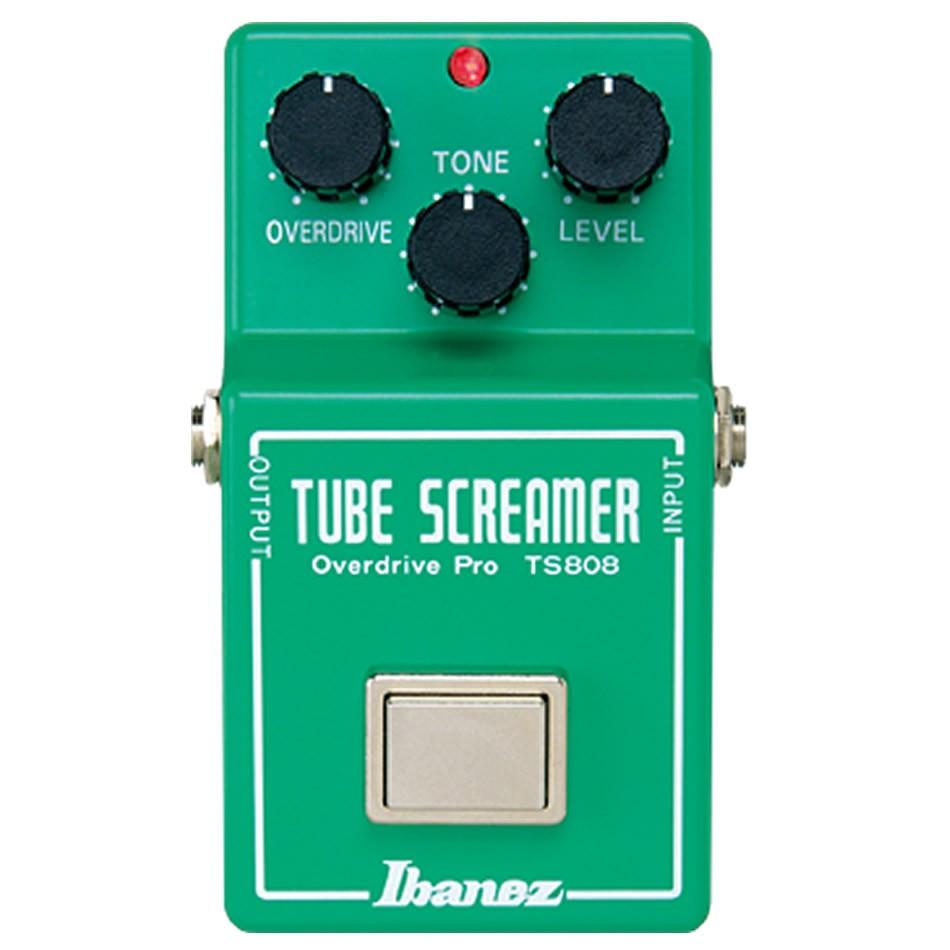 The Ibanez Tube Screamer is easily one of the most influential effects pedals in music gear history, used by wide variety of guitarists across several genre of music from Brad Paisley to The Edge, John Mayer and -- most famously -- Stevie Ray Vaughan. It has also been outright cloned numerous times, used as the basis for hundreds of overdrive pedals from several manufacturers and also enjoys one of the largest modding communities around. Today, we're taking a look at what exactly made the Tube Screamer such a success as well as taking a look at the differences between three of its popular iterations: the original TS808, the TS9 and the TS9DX.

Rise Of The TS808 Tube Screamer

Predecessors of the TS808, the Orange Overdrive and Green Overdrive-II.[/caption]

Before Ibanez unleashed the first and original Tube  Screamer into the world, the TS808, there was the "Overdrive" and  "OD-855 Overdrive-II", sometimes called the Orange Overdrive and Green Overdrive-II due to their housing color. While these two pedals were similar to the TS808 in many ways, they produced a bit more distortion and could only give a mild overdrive with the distortion and level settings turned down.

Soon after in 1979, the original TS808 Tube Screamer was released and with it, its signature overdrive. Advertised as being able to mimic the sound of a vintage tube amplifier, the pedal came equipped with a drive knob, a tone knob, and a level knob. The drive knob adjusts gain, the tone knob adjusts treble and the level knob adjusts the output volume of the pedal. The TS808 stood out from most OD pedals at the time by being one of the first to add just a bit of overdrive. But that alone wasn't everything, it was the way in which it interacted with a tube amp that really made it stand apart.

As you increase the amplitude of an input signal to overload a tube amp’s preamp, it distorts the signal in a way that adds sustain, edge, and harmonic liveliness, all while retaining the instrument's natural tone. It also worked very well in a band setting, reducing the guitar's low-end frequencies while adding a thick, vocal-like, mid-range tone. Not only was this signature tone very pleasing to many guitarists, the low-end cut allowed the guitar to avoid colliding with an electric bass's frequency range, making it sit very well in the mix.

The key that gave the TS808 its signature overdrive was its integrated circuit chip, the infamous JRC 4558D. Before the TS808, overdrive pedals were built around transistors. This important difference is what made the TS808 Tube Screamer a legend.

Differences With The TS9 And TS9 DX Tube Screamer

Around 1982 until 1985 the Ibanez pedals were repackaged and the 9-series of effects were made, the most popular of which was the TS-9 tube screamer. Internally, the TS808 and TS9 are almost identical. Externally, the on/off switch grew to fill about a third of the effect. The main change in the TS-9 circuit is in the output section. This caused the tube screamer to be a bit brighter, rougher and less "smooth". Ibanez is said to have made this change in order to give the Tube Screamer's tone a more modernized feel. This turned off players who preferred the original's smoother tone. Despite this, there were definitely many players that preferred the brighter sound of the TS9. The Edge from U2 uses a TS9 for most of his overdrive tones, as do countless other famous rock and blues players. 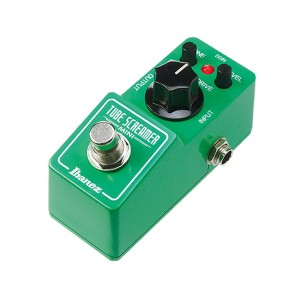 Released in the summer of 1998, the TS9DX  Tube Screamer was designed for players that wanted more volume, distortion and low end in their regular TS9. It is the same as the TS9 but has an added knob which has four MODE positions. TS9 Mode allows the pedal to act exactly like a regular TS9 with no modifications. Plus Mode (+) gives the pedal a bit more grip than an original TS9. HOT Mode gives a crunchier tone with boosted mids. And finally, TURBO Mode yields a powerful, bottom-heavy sound that is popular with many of today's guitarists. Each position aside from the TS9 Mode also adds low end, increases volume, and actually decreases distortion. The TS9DX also works particularly well with an electric bass thanks to its increased low end.

There's also the Tube Screamer Mini which features the same JRC 4558D chip as its bigger brothers. Tonally, it definitely has the true Tube Screamer sound, a bit more like the TS808 than a TS9. If pedalboard real estate is a big concern, the Mini is a great pedal to consider. 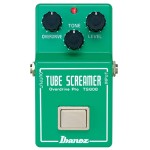 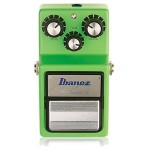 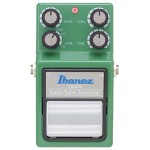