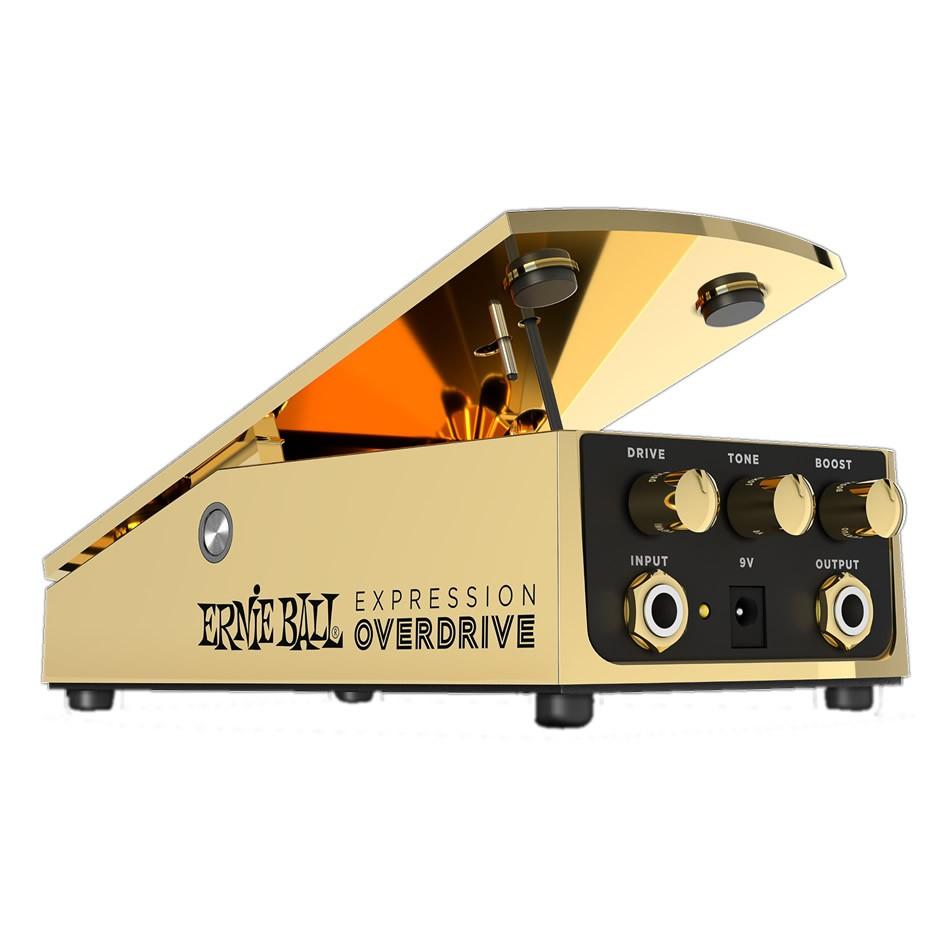 When we had our first look at the new Ernie Ball Expression Overdrive effects pedal, we found the combination of an expression pedal on a dirt box very interesting, to say the least. Despite its long history, expression pedals in the effects world have been mainly relegated towards wah-wahs, whammy emulators, and volume pedals. After a few hours of putting this pedal through the paces, I can say that the Ernie Ball Expression Overdrive succeeds in taking two type of pedals and creating an experience that manages to feel like something entirely new. That alone makes this pedal a winner because if there’s a single effect that feels like it has been done every possible way imaginable, it’s overdrive.

The Features Of The Expression OD

The Ernie Ball Expression overdrive comes housed in a gold-plated metal enclosure that looks and feels like a quality-built pedal. Rocking the footswitch itself back and forth gives off a satisfying amount of pushback, an important aspect that low-quality expression pedals tend to lack. When it comes to the build, Ernie ball has nailed it with the Expression Overdrive

It should also be mentioned that Ernie Ball has decided to move away from cotton cords for the treadle/expression pot connection and instead went with much more durable synthetic cords. As anyone who has taken volume pedals to task, cotton cords fail and can be a pain to replace.

Aside from the expression foot rocker itself (which acts as a foot-sweepable overdrive control), the Expression Overdrive features settings for Drive, Tone, and Boost: Drive handles the amount of gain in the wet signal, Tone acts as a treble roll-off control while Boost can add up to 6dB of signal boost. And of course, the requisite (mono) in/out jacks.

As for power, the pedal requires a 9-volt adapter (not included). Not a huge deal breaker as many of us probably have a power supply for our pedals or spare adapter lying around. If not, a 9-volt power adapter can be bought for relatively cheap.

The Sound Of The Expression Overdrive

The first thing that caught my ear when testing out the unit was how it always kept the guitar’s dry signal as part of the mix – something that most OD pedals do not do. Instead of mixing the clean signal with the effect, the Expression Overdrive layers the wet signal on top of dry one (although the Tone knob does alter both signals). This allows the guitar’s clean sound to remain present until you press the rocker down enough to completely drown it out. It also creates a smooth, balanced transition when going from completely clean on the heel down position to full on overdrive with the toe brought fully down.

The unique pairing of an expression pedal with an overdrive effect would not be enough if the tone created was simply mediocre at best. With that said, I was exceptionally happy with how great the overdrive component turned out to be. In fact, even if Ernie Ball decided to sell this pedal as a standard overdrive without the foot rocker, it would still be a great OD stompbox. The tone has strong shades of warm, tube overdrive with enough variety to give a slight amount of grit to a nice, thick crunch. Throw in the expression foot rocker and its ability to dynamically add those textures in real time, and you have a ton of potential.

But enough about what I think, this is a pedal you have to hear in action for yourself. Check out the video below for a demo of the Expression Overdrive along with Ernie Ball's other expression pedal, the Expression Ambient Delay:

By combining an awesome overdrive effect that could stand well on its own with an expression pedal, Ernie Ball has managed to create one of the most exciting ODs to come out in a long time. With it’s smooth, tube-like overdrive, no-nonsense yet powerful controls and the ability to dynamically dial in your desired amount of effect through a foot rocker, the Expression OD will make you question why a combo like this hadn’t been attempted as often. If you want an OD pedal with a ton of potential that can breathe new life into your overdriven guitar tone, look no further than the Ernie Ball Expression Overdrive. 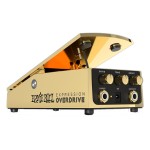 The Ernie Ball Expression Overdrive delivers everything from a hint of natural tube-amp-like overdrive and rhythm crunch to searing lead tones. It features settings for drive, boost and tone, with a foot-sweepable overdrive control, making it effortless to go from clean to roaring all-out growl and everything in between.

If you have any questions regarding the purchase of the Ernie Ball Expression Overdrive or any other piece of gear we carry, don't hesitate to chat with one of our friendly PAL pros by using the live chat feature below or by calling us toll-free at 1 877-671-2200!

Does the addition of an expression foot rocker make you more or less likely to consider this overdrive pedal?