Ah, if there’s one thing rock ‘n roll has plenty of, its legends and rumors! From the granddaddy of them all involving a blues man and the devil to the more recent batch of creative concoctions, we will be hammering down a few of our favorites and giving you the details on how exactly each got started. More often than not, a few of these legends are grounded in something much simpler than what they would eventually become, others are just as crazy as the truth, so read on and check out some of rock’s greatest legends and the stories behind them!

Robert Johnson And The Deal With The Devil 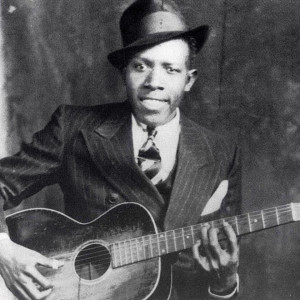 This one is particularly famous amongst musicians themselves. Essentially, the story goes that Robert Johnson was a blues guitarist of mediocre skill, that is until he was instructed by voices to take his guitar with him to the railroad crossroads near the Dockery Plantation at midnight. He was met by a man in all black who took Johnson’s guitar and tuned in. Afterwards, Johnson was a master at the guitar, all in exchange for his soul, which the man in black came back for once Johnson turned 27. As the legend spread and as more famous musicians died at the age of 27, it quickly became among the most well known in rock ‘n roll, trading your soul for stardom.

The reality is that Johnson was pretty damn good by the time he was discovered, seemingly out of nowhere, and was essentially taught by blues guitarist Ike Zimmerman. The two would practice at midnight at a local graveyard so they wouldn’t be bothered and not long after, Johnson made a name for himself in the blues scene. It wasn’t until at least two decades after Johnson’s death that the rumor began to surface, with as many variations as you would expect in a rumored story, but always with the classic selling of the soul to the devil at the crossroads and “paying” the toll at 27.

There are a few explanations to why a legend like this came to be. Nowadays most people agree that the rumor came about during Johnson’s resurging popularity among blues and rock musicians about twenty years after his death. Not knowing much about him, they pieced together the little parts they knew and mixed it in with a well-known story to cover up the loose ends. Since there wasn’t much history on Johnson, many did see him as an overnight success, knowing almost nothing besides his short career, almost unnatural skill and propensity to practice at midnight. Mix all that with the classic story of Faust and the deal with the devil and you have yourself the legend of the crossroads.

Essentially, Faust is an old Germanic story about the scholar of the same name who sells his soul to the devil in exchange for all the knowledge in the world. The story itself has many versions and has been retold in countless ways although it always includes the deal with the devil. Nowadays, the word Faustian is used to describe a situation in which one must give up morality in order to attain that which they most desire, a proverbial deal with the devil. Rather than simply stating the cause of Johnson’s immense skill as a product of hours and hours of practice, it made a much more enticing story when supernatural causes were added. So there you have it, about 20 percent truth and 80 percent taken from a story retold countless times before. 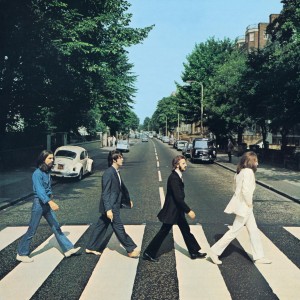 This is one of the more famous legends, with several people believing it to this day. Seriously, less than a year ago a certain friend of mine began taking it upon himself to reveal this most amazing secret that he had to share with the world, or at least to everyone on facebook. So my friend went on about all those classic clues that anyone familiar with the rumor has assuredly heard far too many times. “Clues on their albums? You don’t say! That’s why he had no shoes on?! I would have never guessed! Oh, so HE was the walrus… which means he’s dead… it all makes sense now.”

For those of you somehow not familiar with the famous Paul is dead rumor, there are a few variations to the story but the gist of it is pretty similar; At about the time during Rubber Soul and Revolver, McCartney was involved in a fatal car crash. Rather than let the world know that ol’ Paul was dead, they had the brilliant idea of just building themselves a new one, probably while high I’m assuming, which would actually make for a more believable story. Anyways, they got a guy who was close enough in size and appearance to McCartney and with a little surgical fiddling on the face and vocal chords, BAM! Say hello to “Faul,” as is the name the rest of the Beatles are “heard” referring to their new buddy during some of their demos, supposedly for “fake-Paul” as the believers claim.

The list of clues goes on and on, from the license plate on the cover of Abbey Road claiming “28 if” McCartney were alive to the obscure connections believers have made over the years such as a recent “documentary” claiming that George Harrison spilled the beans on his death bed about the entire hoax. That’s the one that got my friend, that George Harrison confession video on Netflix… I’ll just save you the trouble and tell you that not only is Paul McCartney, the original one, most certainly alive and well, but the guy who does Harrison’s supposed recorded vocal confession sounds like he’s trying to mimic the George from a Beatle cartoon rather than an actual human being. For those looking for a laugh, the video is called “Paul McCartney is Dead: The Last Testament of George Harrison.” 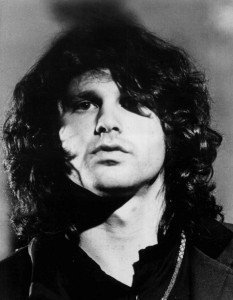 We’ve all heard them. Whether it depicts spotting Elvis at a local grocery store or someone’s cousin spotting Tupac in Jamaica, it seems that the only thing fans love more than legends of alive rockers being dead are ones about dead rockers being alive. Most of these legends start off as honest mistakes made by people who happen to bump into a look-alike but are further empowered by massive wishful thinking coupled with their fans’ inability to accept that one of their favorites is actually truly gone.

One of the more famous of these legends involves the late Jim Morrison. Several proponents of the legend claim that the entire incident of a drug overdose induced heart attack was in fact orchestrated by Morrison himself as a means to escape the pressures of stardom. What about the grave in Paris, you ask? Believers claim it’s a fake, to further make the death seem more believable, even sparking a zealous fan to produce a full-length movie claiming that Morrison is actually living the life of a modern cowboy, living in seclusion in the American northwest. Most people who’ve seen the video are not impressed and do not see much likeness between Morrison and the man featured in the film.

For those unfamiliar with the ‘60s crooner, Mama Cass was one-fourth of the beloved classic rock group The Mammas and the Pappas who was as well known for her signature voice as she was for her large figure. The reason this legend took on such a life was due to somewhat logic reasoning involving her death coupled with our propensity of humans to go towards the “juicier” story. Being a rather hefty woman, few questioned the validity of the claim. It just made sense to people and so they left it at that, regardless of the actual circumstances, and after a few years, the legends simply stood as “fact” as far as most were concerned. In truth, while there may have truly been a half eaten ham sandwich near Cass’ body the day of her demise, the coroner’s report lists the cause of death as heart failure with no sandwich or anything else stuck in her windpipe. 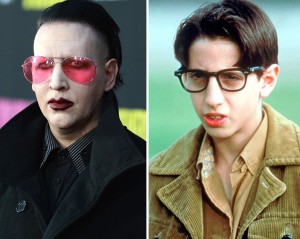 This one is simple enough. “Hey, remember that guy on The Wonder Years? Yeah, the best friend. Dude! That’s totally Marilyn Manson.” TV nerd looks oddly similar to pale faced goth rocker and the rest builds itself; I’d put my money on their oddly similar noses. Brian Hugh Warner (Manson’s real name) is no stranger to legends, and compared to several of the raunchier ones regarding him (such as the one involving a few ribs being surgically removed in order for Manson to give himself…well, never mind that one), the Paul Pfeiffer confusion is amusing at best, well, maybe not for Josh Saviano, the actual Actor who played Kevin’s dorky best friend. 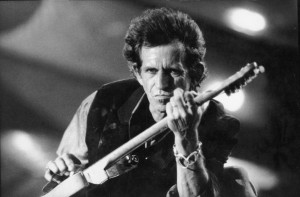 Much like Mama Cass’ rumored death, details regarding this legend were based in part by their “believability,” along with a healthy dose of false information by Richards’ himself. The legend goes that in 1973 in Switzerland, Richards’ was so inebriated before a show that he had to have all of his blood removed and replaced with a fresh batch free of drugs and alcohol in order to perform. What made the rumor even more believable was that Richards’ himself began stating the same thing publically. In reality, although Richards’ did undergo a blood cleaning treatment to remove impurities much like a dialysis patient would, he did not have his entire supply replaced and it was never done strictly to get him ready for a show. For Richards’ part, the legendary guitarist says he simply got tired of answering the same question so he made up the story himself.

There are enough crazy things that actually happened in the history of rock and roll and in the lives of the musicians themselves that, even though the legends above aren't true, we are kept enthralled with their world. Whether it's the famous "dead at 27" or the newer rumor that Lady Gaga isn't exactly a lady, these myths and legends will continue to grow and change. Just make sure that the next time you hear that your favorite rock star is supposedly dead, take a few minutes to check out the source before you believe it! 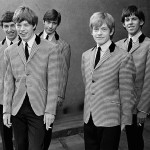 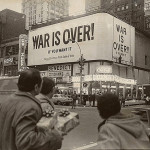 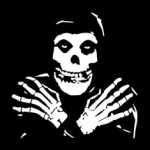