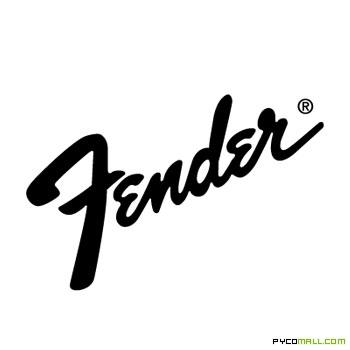 Today we're looking at Fender’s Custom Shop Fat ‘50s Stratocaster Pickups to get a better insight on what these babies can bring to the table. If you’re not familiar with the sound of the original ‘50s Strat pups, that’s okay – we’ll try to detail you on the important aspects.

First off, these Custom Shop Fat ‘50s are here to offer an updated version of Fender's classic ‘50s tone; think Buddy Holly or Hank Marvin, but not Jimi Hendrix and his ‘60s counterparts (if you're looking for that kind of tone, check out Fender's Custom Shop '69s). It is usually agreed that the Strats of the ‘50s offered more bell like glassy tones, clearer, brighter and less aggressive than 60's Strat tones. As far as these Fat ‘50s are concerned, they offer that same classic tone but with a little more bite. Fender increased the overall winding on these in order to give players a tone with increased mind-range presence along with a tighter bass response, unlike their Original ’57/62 reissue pickups which are as close to the original vintage models as they come.

I really didn’t notice too much difference in the neck position but I did see a clear change in the sound of the middle pickup, specifically its higher output due to the fact that it is reversed wound with reversed polarity. The reverse wound aspect of this middle PU – as those familiar with humbuckers should already know – offers players hum cancelling ability when set to positions 2 and 4. Another clear difference I noticed was that the bridge now more than holds its own when it comes to output.

Now onto the bad news; these pickups are not hand-wound but instead threaded by machine. There’s a general consensus that hand wound pickups offer a bit more dynamic richness and warmth that just isn’t equally matched my machines. Leo Fender himself was known to prefer hand wound pups over the machine made variety, regardless of how much more efficient and cost effective they were to make. Still though, it’s by no means a deal breaker and if you’re looking for an updated version of that signature ‘50s Strat sound – complete with the unmistakable quack and ‘50s bell tone – you can’t go wrong with the Custom Fat ‘50s.

Compared with other similar ‘50s pups on the market, none are calibrated quite like these. Most are designed with either equal resistance in the middle and neck – with the middle being reversed-wound/revered-polarity as opposed to the bridge pup in the Fat ‘50s – or have increased resistance from neck to middle to bridge, respectively.

All in all, these Custom Fat ‘50s deliver as advertised – giving players that signature ‘50s Strat tone with “a bit more attitude,” but not so much to put off the purists looking for that vintage sound.