He is famous for his wide musical vocabulary and his magical fingers that can work their way through 100 Years of Popular Music. Richard started in a local group and then became a solo acoustic guitarist in the 80s. We can see a depth of different style from Richard from traditional folk tunes to middle age musical relics and to modern pieces. His voice is marvelous, and you should listen to his 1952 Vincent Black Lightning’ one of his most iconic works.

Andrés was born in 1893, and started his career as a guitarist in 1915, right in the middle of the First World War. He is well known for his huge range of classical transcriptions for the guitar, and his highly expressive and emotional performances. He has also a high ability to coax an endless phalanx of tones from his guitar. Regarding his style, his fingerstyle is a combination of
fingernails and fingertips that enables him to produce a sharp sound—this technique is later learned by many other modern classical players.

Bert is an acoustic guitarist from Scotland, and he has received attention from all around the globe with the folk group Pentangle in the 1960s. The reason that he is a good acoustic guitarist is his special clawhammer technique, liberal use of unconventional chord and his unique style of bending strings. He is considered to the guitar player that re-invented guitar playing.

John focused his early effort on reviving the old folk and blue tones as well as other traditional American music. He has excellent fingerpicking technique and a bold approach to slide work. This creates his unique style of guitar playing. Although only being active for less than 20 years (1959-1977), you will still be amazed by his artworks in The best of John Fahey.

His nickname is Uncle Adrian and his technique is considered to be one of the very best. He spent most of his life writing about acoustic playing for different guitar publication and he set up a website to offer tips and suggestions on playing the guitar well. Apart from being an acoustic guitar player, Legg is also an entertainer, a performer as well as a writer—more respect, please.

We cannot always look at the figures who occupy the throne in the guitar industry. It will be a huge mistake to completely neglect the contribution these acoustic guitarists, and we should also respect them as a guitar lover.

Who are some other great under the radar acoustic guitar players? 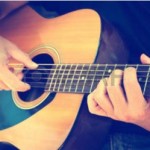 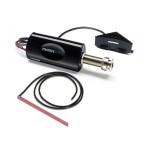