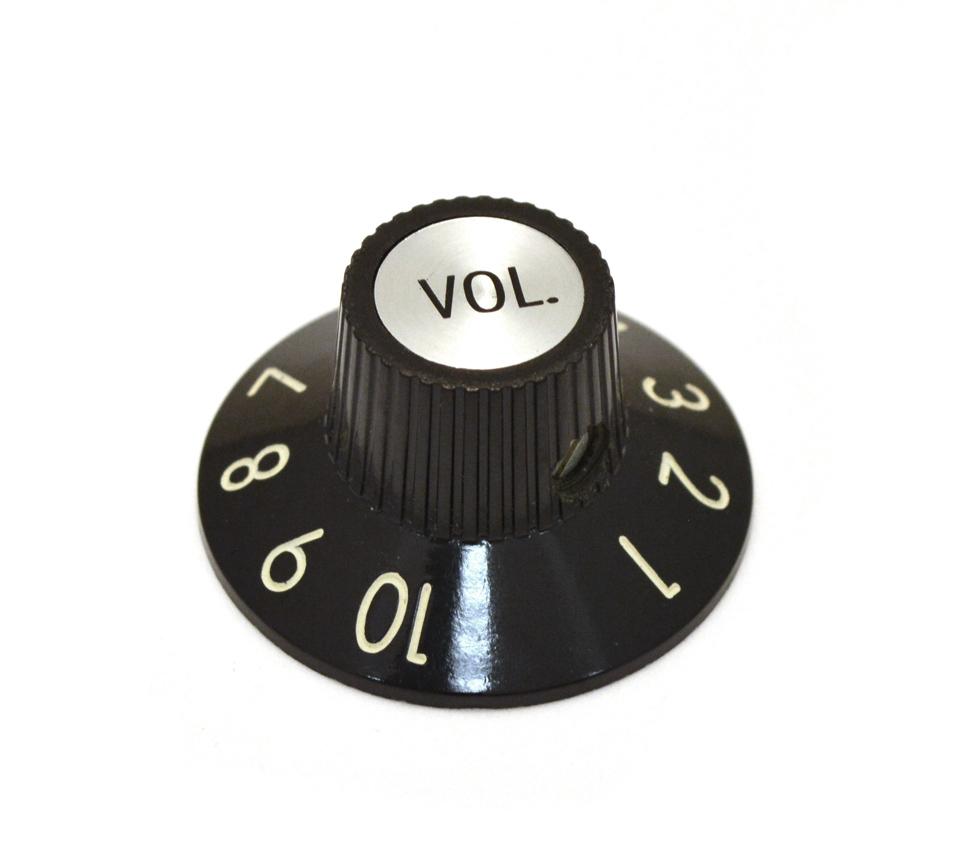 Creating the ideal tone is a balancing act, with everything from your gear to the physical environment you’re performing at playing a role. Of all the links in this chain, too many players tend to neglect the impact that cranking up the volume has on their overall tone, performing as if more volume always equals a more powerful sound. Today, we want to share a few ideas that relate to volume and tone which will hopefully give you a better understanding of the relationship at play. It should go without saying that tone is a very subjective thing, and what sounds great to one player might not to another. But with that said, the following tips should be a good starting point for your search.

If you look back at the history behind some of rock’s most revered sounds, you can see that even small, low-wattage amps are capable of producing powerful, mythical tones. For example, Jimmy Page used low-wattage Supro amps on Led Zeppelin’s debut album and was able to achieve a monster tone while Clapton cut “Layla” on a three-watt Fender Super Champ. Furthermore, there are countless examples of downright terrible guitar tones coming from a wall of 4x12 cabs.

A little bit about gain; the higher you set it, the more it will degrade the inherent clarity and punch of your instrument’s signal. This means that even the best setup will sound like an incoherent buzz of sound if too much gain is applied. If you look at some of the most revered distorted guitar players in classic rock – such as Hendrix, Beck, Page, Gilmour and so on – you’ll notice that the core of their sound is thick and round with well-defined notes and chords, with a layer of distortion around the edges. 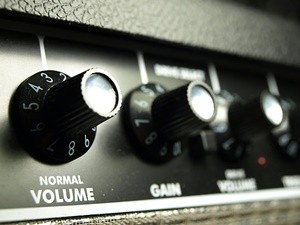 The Difference Between Volume And Gain[/caption]

There’s no better way to figure out the interplay between volume and various settings than by going hands on with your setup. On your amp, begin by setting your EQ controls to their mid-point or, “noon” position. Next, set the gain control to the minimum level necessary to create a clear yet full sound. If your amp doesn’t have a gain setting, that perfectly fine, you can work with just the volume knob. After that, play your guitar and increase the volume until the notes and chords start to sound full and round without causing the amp to break up and distort. The aim here is to find a strong, core sound without any fuzz or distortion on top of it (but you can certainly add that later).

Once your tone starts to sound lush and full, you can begin adjusting the bass, mid and treble controls to bloom out your desired sound. The mid controls will give you the best qualities for a fat, polished core tone. The high control will yield more clarity along with the ability to cut through the mix more effectively. Be careful, though, too much high-end emphasis will result in an unpleasant, harsh sound. And finally, the low control will give your sound a bottom end emphasis which will add character to your sound.

Once you have the amp settings down to your liking, you can experiment with your guitar’s tone dials. For the thickest tones possible, you’ll want to roll back your dials about three to five numbers. If you’re aiming for something along the lines of Clapton’s “Woman Tone,” roll the tone pots all the way back, letting the amplifier do most of the sculpting.

Now that you have balanced out your amps and guitar settings try putting your volume at full blast and pay close attention to the changes in your core tone. Does it sound different? A bit off? The important idea to come away with is that the amp’s volume is going to affect this tonal balance that you just created, meaning that you will have to tweak it accordingly to get the same core sound at different volume levels. Playing a packed crowd? Turn your volume up, of course, but make sure to adjust your settings. Need some distortion? Increase the gain, but don’t overdo it to the point that it buries your core tone. The key here is always to reassess your settings when making any change to your volume and gain levels, especially the latter, which has a profound effect on the harmonic architecture of your tone.

Hopefully, the ideas that we have just discussed will give you a better understanding at why more volume doesn't always equal a better, stronger tone. There are many links to your tonal chain and pulling at one will most likely affect others. So the next time you need to go louder, do so, but remember to adjust your settings!

How loud do you set your volume during a normal gig?