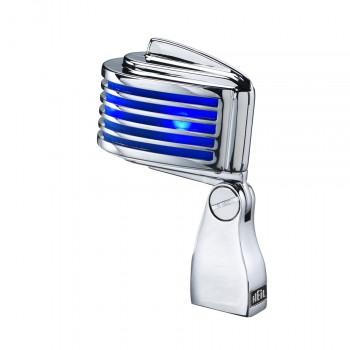 The Fin by Heil Sound is a cardioid pattern live dynamic microphone designed with both looks and performance in mind. While the microphone is aimed primarily at vocalists and broadcasters, The Fin also works with amplifiers, harmonicas, brass instruments and other sound sources. It's retro-styled chrome body and LED lighting definitely makes The Fin stand out in a crowded mic-market, but how does it fare where it matters most? We take a closer look!

The first thing that stands out about the mic is obviously its retro-inspired chrome body. Adding to the look is a series of LED lights that glow, available in blue, white and red. When I first saw pictures of The Fin some time ago, I was a bit apprehensive about the lights coming off as a bit cheesy. Those initial thoughts were immediately dispelled as soon as I saw the mic in person. In fact, the mic is actually downright stunning.

Everything from the sleek shine of the chrome combined to the soft glow of the LED and especially the nice little fin up at the top is reminiscent of classic ‘50s American design. That alone should make the mic appeal to a good amount of users looking for something very sleek and stylish to have on-stage. While there's nothing wrong with the modern, standard look of today's dynamic mics, it doesn't hurt to have a mic that feels like it would fit right at home next to a ’55 Chevy Bel Air. 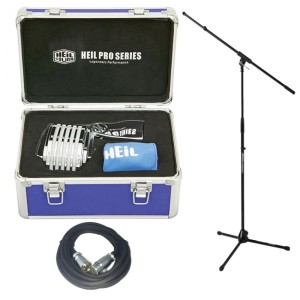 The finish on The Fin is a special "showchrome," where the steel body is copper-plated and then double chrome-plated, producing a deep chrome finish. A blue molded internal foam windscreen inside the grill covers the large diameter cardioid microphone element which is mounted in a specially tooled Sorbothane shock mount. The four LED lights can only be illuminated when using a 3-pin balanced XLR input with access to +48 volt DC phantom power (such as from a mixing board).

While you can most likely already tell from looking at the image above, the microphone isn’t hand-held friendly. Luckily, it will fit onto a standard boom stand and it has a touch metal chassis to withstand years of use.

The Fin’s fantastic retro design is also matched by its amazing performance on vocals. The sound reproduction is rich with a subtle presence peak that helps cut through the mix. The boasts a frequency response in the 60 Hz - 18 kHz range that features the signature Heil Sound mid range "bouquet" at 4 kHz, giving the mic incredible brilliance and presence. While it obviously excels as a vocal mic, it also proves worthy of several other uses thanks to its tight linear cardioid polar pattern including amp miking as well as use with harmonicas, brass instruments and more.

It should be said that The Fin can be a bit hot and sensitive at times so it will be more prone to feedback than other similar dynamic mics. While this enables The Fin to give rich, tight vocals, it also means that particularly high volume performances might pose a bit of a problem. Luckily, maneuvering the mic and messing with some of the EQ settings was able to noticeably relieve the problem.

Long story short, the sound capable with The Fin is nothing short of awesome. With plenty of presence, punch and clarity, this mic is a great choice for any vocalist or musician who's serious about sound. Couple that with the fact that The Fin is one of the best looking retro-styled dynamic mics around, and you have a clear winner! 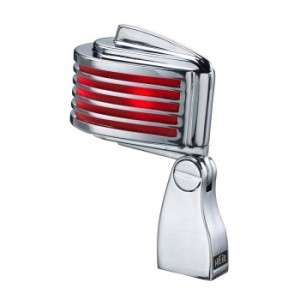