A Brief History Of The Fender Stratocaster Electric Guitar 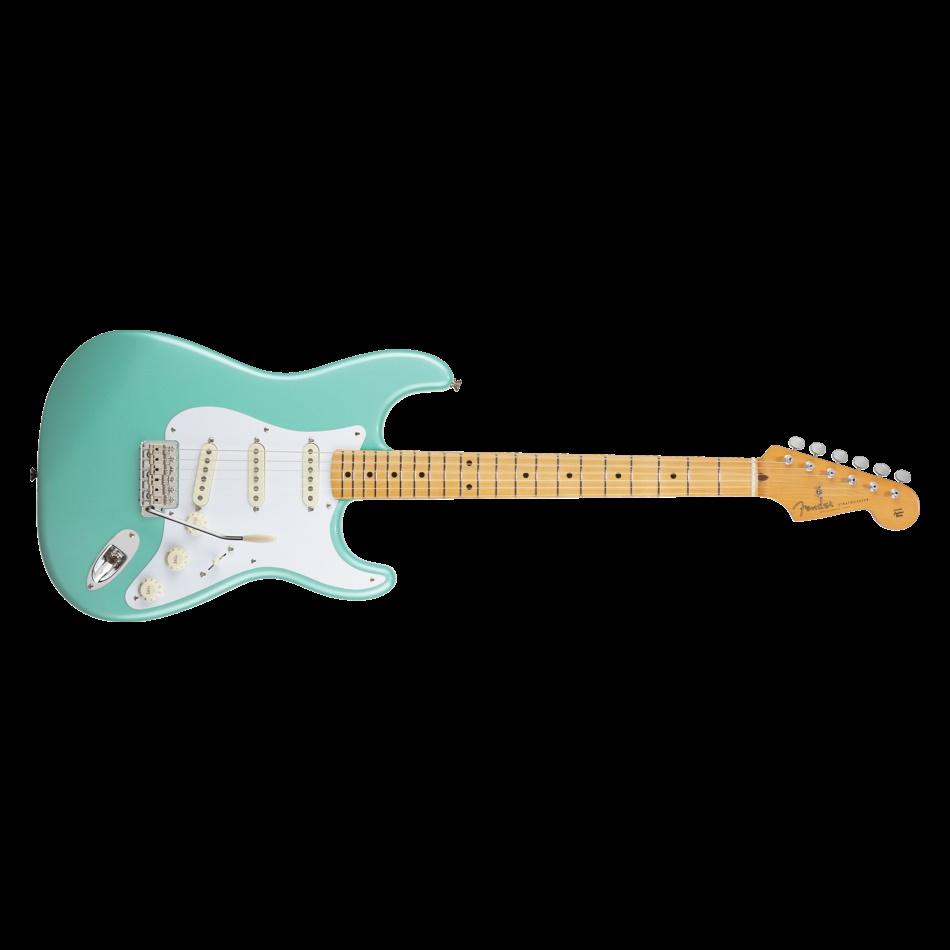 If you have a passion for guitars, then you have undoubtedly come across the Fender Stratocaster Electric Guitar. First released in 1954 by Leo Fender, this guitar has undergone numerous changes, changed hands and seen owners buy and sell it. It has experienced tons of changes ranging from the early 50’s and 60’s models to the CBS models. It has seen famous musicians through their successful careers and has influenced the design of modern guitars. Here's a brief history of the mighty Strat from its launching in 1954 to the present day. 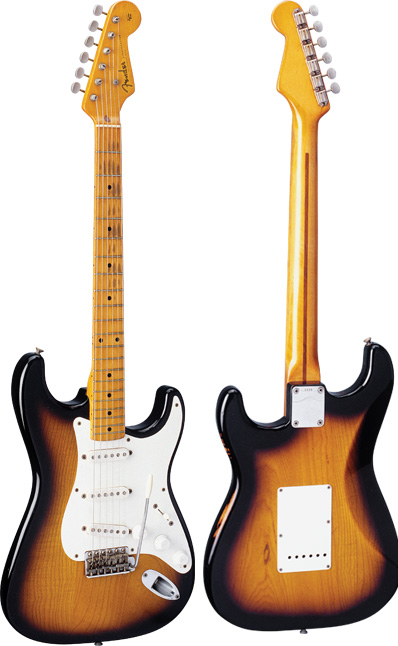 Front and back of an original 1954 Fender Stratocaster.[/caption]

The Fender Stratocaster history starts in 1954 when three men, Leo Fender, Freddie Tavares and George Fullerton designed the first double cutaway guitar which has gone on to change the history of guitars. The first Fender to be produced came in a solitary piece ash body with a two-color sunburst finish. This first Strat model is very rare to find today, and if found, it can reach sky-rocketing prices of up to $95,000. It wasn't perfect though as many players have described these early Strats as being uncomfortable around the neck and particularly heavy.

This 1955 model came with a few changes. Its build quality was improved and its weight reduced, making it easier to play than its predecessor.

This year saw huge changes in this electric guitar. There was body change from ash to alder, the yellow tint in the sunburst finishing process began to be dyed, rather than being sprayed. Its U-shaped neck was switched to a soft shaped which is still the most popular Strat neck shape today. The circular string tree was switched with the butterfly-shaped one and the brand name 'Kluson Deluxe’ engraved on the tuners.

This is the model that went on to be named as the classic one. It brought together the V shaped neck with the sunburst finish alder. Fender then switched the polystyrene with the ABS plastic which proved to be more resistant and did not crumble. These developments made the Fender on the best electric guitars to play and led to many sales among the guitar lovers. It produces a great sound and is comfortable to play. This is one of the guitars of choice for Eric Johnson as he is seen playing one several times during his tours.

This was another period of sweeping changes that happened to the Fender Stratocaster. In 1958, Fender did away with the V-shaped neck and introduced a thin U shaped neck. The sunburst finish was increased from two colors to three.

The year 1959 was another year of massive changes as the maple fingerboard disappeared and was replaced with a Brazilian rosewood one. The neck was made thinner and a new three-layer celluloid pickguard replaced the plain white pickguard. However, there was one problem with this model. The red sunburst finish dye would react when exposed to UV light leading it to fade. This made the three-color sunburst appear like two-color finish.

1961 saw the fading problem fixed by addition of a dark-brown dye which made the guitar look more attractive. Another major change saw the improvement of board curvature make the rosewood fingerboard become round and thinner leading to a thinner sound. This C shaped neck would form the basis for the modern Strat neck.

There were no changes to the Stratocaster till around 1965 when the electric guitar began its transition to CBS. The body finishing process changed to dying plus spraying. This enabled Fender to use lesser quality wood, pearloid plastic replaced the clay dots and a cheap ABS plastic was preferred to celluloid pickguard. This made the guitar become cheaper. The Vintage era hereby came to an end. Stratocaster guitars produced between 1954 and 1965 are today worth a fortune.

It is worth mentioning that after Leo Fender sold Fender Stratocaster to CBS, he started Music Man in 1975. 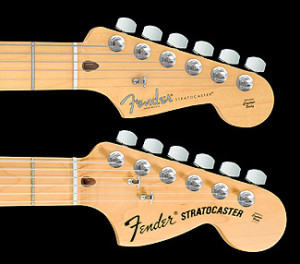 From 1965 onwards, Fender was taken over by CBS, which in turn introduced sweeping changes to the existing Fender. Among the changes was the introduction of the large headstock design which didn’t go down well with many Fender lovers. This large headstock was in use until 1980 when the small headstock replaced it. Another development that wasn’t taken well by Fender fans was the fitting of 3 bolts to the neck joint instead of 4. This too was changed in 1980. Probably the only good development that was done during the CBS era was the introduction of 5-way pickup switch.

In 1985, the dark times of Fender under CBS came to an end when the Fender Electric Instrument Manufacturing Company employees bought the company. They changed the name to Fender Musical Instruments Corporation. This new company went back to building high-quality Stratocaster guitars and began regaining its market share and regaining its lost reputation.

Fender Stratocaster has learned to remain relevant in the market by having products in all the market segments. Fender still makes the high-quality guitars like those during the Pre-CBS era. Another factor that has led to the growth of Fender is the tremendous growth in the range of Stratocaster models which were influenced by player modifications.

The modern American Standard Stratocaster is, in fact, a better model than the pre-CBS models. It has better tuners which help it stay in tunes. It has a modern C-neck which is more comfortable to hold along with a flat fingerboard which keeps the strings from overstretching out of the board when playing. The guitar is lightweight, and the frets are plumper. The rosewood board and alder body combination sound fine but the maple board and ash body are thin, thus producing a bright sound which may not sound well to some users. Tone-wise, many still feel the vintage era models beat modern era models. However, this should be a non-issue because this guitar is one of the easiest to modify.

Aside from the American Standard Stratocaster, there are numerous other options to choose from including artist signature models, deluxe models, vintage reissues, the more exotic Custom Shop models and many more.

Click here to check out our entire selection of Fender Stratocaster Electric Guitars.