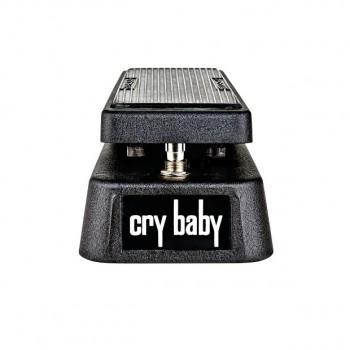 Wah-wah electric guitar effects pedals are one of the most common stompboxes used by players today, found in everything from funk, metal and more. As soon as you engage the switch, they can deliver their signature cry, changing the guitar tone in an instant. But how exactly do they work? In what ways to the change the signal to deliver their signature effect? To find out about how wah guitar effects pedals work, along with some common playing techniques, read on. 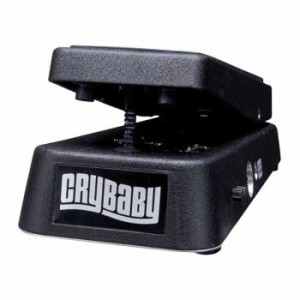 Choosing The Right Dunlop Cry Baby Wah For Your Style[/caption]

Like all guitar effects, wah-wah pedals work by changing the tone of your signal. As far as sound goes, it changes the sound of your guitar from bassy to trebly as you move the foot pedal from up to down. While it might sound like it’s simply a linear tone control that is being manipulated by your foot on the lever, there’s more to it than that.

If you want to get technical, wah-wah effects pedals work by engaging a bandpass filter that has a resonant peak at its low-pass roll-off frequency. What the foot pedal does is allows the player to move the frequency of the resonant peak up and down, which delivers that signature crying wah-wah sound.

A typical wah pedal design features a mechanical connection, where the foot pedal engages the shaft of a potentiometer, usually through a gear or other toothed mechanism. Other wah pedal designs forgo a physical connection altogether, using an optical method (i.e.: light) instead. These are sometimes referred to as switchless wahs. The benefit of using the optical method is that there is no potentiometer to wear out, which is an eventual problem mechanical wah designs face. 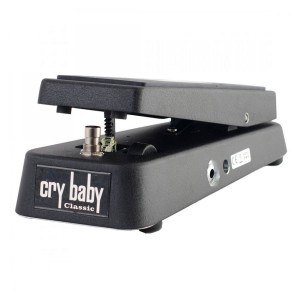 Jim Dunlop Cry Baby Classic Wah-Wah Pedal @ $109.99 - When you think about the classic wah-wah sounds of the 60s, you think about British bluesmen and psychedelic American rockers, not Italy. But those Sunshine-y and Foxey tones could not have existed without the Italian-made Fasel inductors that were in the first wah pedals—including the original Crybaby. These inductors were the key to the pedals' tone, but have been unavailable for years. Not anymore. Your Crybaby Classic with Fasel Inside will faithfully recreate the vocal sweep and lush harmonics from those timeless recordings. Plug in your Crybaby Classic and hear what you've been missing.

Click here to check out our entire selection of Wah Guitar Effects Pedals.

How To Use A Wah Effects Pedal

Wah-wah pedals are capable of delivering many different types of sound, all of which are creating by manipulating the foot pedal. Below, we'll take a look at the most used techniques:

This is the most widely used technique when it comes to wahs, where you rock the pedal back and forth on every note you play. Starting with the pedal in the open (up) position, play a note. As soon as you hit it rock it down and then back up again. This way, every not with get that 'wah-wah' sound.

A hallmark of funk guitar, this technique can be really tricky and requires a lot of practice to truly master. It is similar to the standard wah technique in that you will be moving the foot pedal back and forth, but instead of rocking it to the note, you'll be doing it to the beat regardless of what rhythm you're playing. Simply start each beat with the open position on the foot pedal, move it down to the closed position, then bring it back up in time for the next beat. Of course, things can get a lot more intricate, but the technique above is the basics. 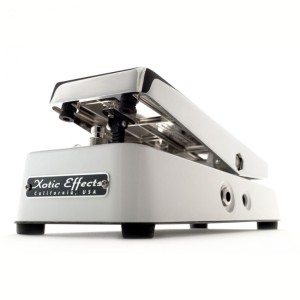 Xotic XW- Wah Pedal @ $236.00 - The NEW Xotic XW-1 Wah pedal is based on the "Holy Grail" wahs, the 1967-1968 Italian-built Clyde McCoy wah. With the Xotic Wah you don’t get just a few sounds in one pedal, you get nearly unlimited tones with unique controls that help shape and contour your sound the way you want it! The adjustability and flexibility of the Xotic Wah makes this one of the most versatile wah pedals available today!

A popular technique that many guitarists use with their wah pedals is to use it as a filter to give their tone some added color. Instead of moving the foot pedal back and forth, simply leave it on a desired spot. With every position between open and closed available to you, you'll have a lot of choices to choose from.

As the title says, you can use a wah pedal to emphasize specific notes instead of simply rocking it back in forth like most players normally do. You can use this technique to give leads and licks a little something extra that you wouldn't have been able to do otherwise.

Wah-wah guitar effects pedals are amazing tone tools that can add a great variety of sounds to your style. By learning how to use them effectively, you can create tones that no other pedal can deliver.

If you have any questions regarding the purchase of wah-wah effects pedal or any other piece of gear we carry, don't hesitate to chat with one of our friendly PAL pros by using the live chat feature below or by calling us toll-free at 1 877-671-2200!

Have any wah-wah tips of your own?