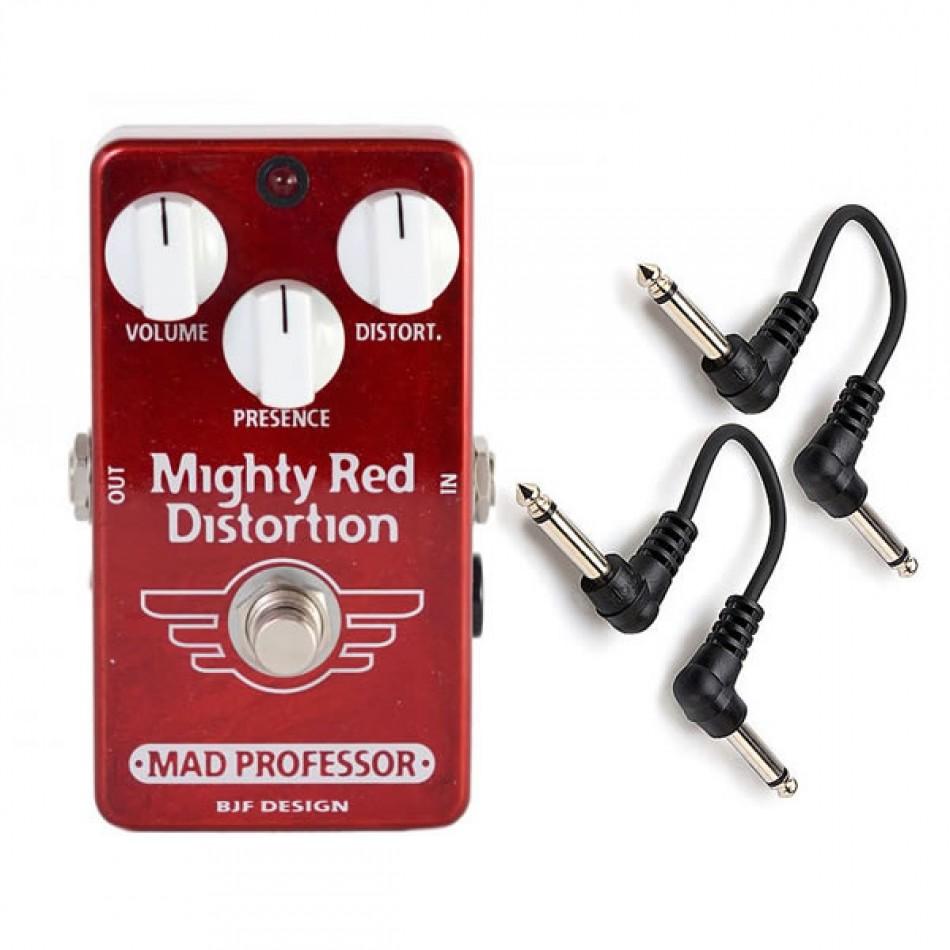 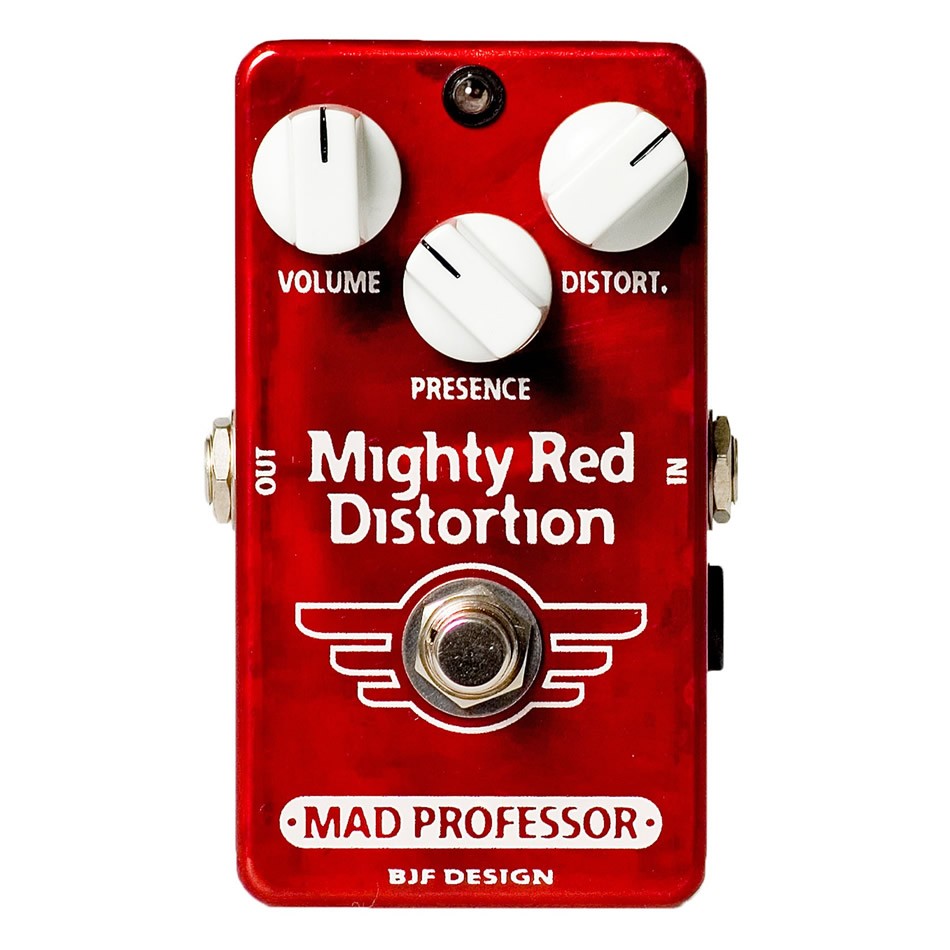 If you’re familiar with Mad Professor pedals, two things might come to mind – high quality products and a price tag to match. In fact, the most common complaint of the Mad Professor line of pedals is simply that they are too expensive, although they generally have met rave reviews. Well, the Finnish company recently addressed that specific “flaw” with their latest lineup, featuring pedals in a PCB format along with a few other cost-saving techniques (such as mounting the pots, switch and jack sockets on to the board) while trying to keep the tone as pristine as ever. While the cost of the pedals has certainly seen a noticeable drop in MSRP, has the brand’s hard earned reputation for quality tone fallen along with it?

The Mighty Red Distortion is high gain distortion pedal modeled specifically after the ‘80s style of compressed gain tone. The company itself is known for making their stompboxes easy to use and from simply looking at the controls – Volume, Distortion and Presence – it looks as if they’ve got that covered. They also claim that its tone texture is adjusted to give clarity and definition “even at heavy distortion settings.” Hopefully that rings true because if there is one gripe about cheaply made distortion pedals is that they can easily muddy your sound when pushed.

The gain range is also said to allow low distortion sounds (slight overdrive, maybe?) as well as staking with other pedals, such as having another distortion pedal pre-drive the MDR in order to get a highly focused sound. Mad Professor also didn’t use any noise gate or expander in order to get gain levels with impressive signal to noise ratio. Instead, they used special amplifier techniques and extreme low noise amplifier stages, which result in a natural decay and a rather high current consumption for a distortion pedal in view of battery operation. So with all that said, it looks like the MDR is meant to deliver that signature ‘80s high gain compressed distortion without the white noise of the older technology – a remastered tone, in essence.

As far as build goes, this pedal looks as tough as the rest of Mad Professor’s lineup and comparable to similar sized MXR or BOSS boxes. You should get a lot of mileage out of the MDR as long as you don’t toss it towards a brick wall or dunk it in water. The knobs themselves give a good amount of resistance which might seem like a non-issue to some but it does gives the entire product an overall professional feel and makes dialing in very specific settings a lot more accurate on the fly.

Well, after trying this pedal I can report that they Mighty Red Distortion – even with its new PCB configuration and reduced price tag – delivers as promised. In fact, those of you out there who have owned or tried the original fully hand-made, hand-wired model will essentially find the exact same experience – and trust me, that’s a great thing! The entire pedal is controlled via three knobs – Distortion, Presence and Volume. The Volume is easy enough; controls the amount of effect you want in your signal, not unlike a wet/dry knob on other pedals. The Distortion is also just as easy to get a hang of; give it just a slight touch and you can get some pretty satisfying overdrive tones without losing the clarity of individual notes whatsoever. Set that knob a bit past its middle setting for some truly classic ‘80s metal-like sound similar to GNR or even Van Halen, albeit with the help of the Presence knob. And even then, on its max setting, the clarity of the notes were still there, buried only slightly beneath the overlays of distortion but enough that you can easily distinguish one from the next. And finally, the Presence control which is in my opinion the most important knob as far as versatility is concerned.  The Presence control was designed to control the upper treble, but not to affect the upper midrange, so that you can get the exact treble you desire. Mad Professor most likely decided to take this route because they figured most of the overall EQing would be done through your amp and relegated a more precise frequency range on the pedal for fine tuning purposes – not to mention it makes the pedal itself extremely easy to find great tones on in a matter of second. Using these three knobs, you can dial up anything from fat warm singing distortion to screaming cutting leads! And just as advertised, the pedal was dead silent on any setting with no background noise to speak of while engaged.

All in all, the Mighty Red Distortion might be offering a very signature sound, but it can also deliver tons more. Fans of ’80 metal – both hair and heavy – and hard rock fans in general should definitely give this pedal a closer look, especially with its more economic-conscious price tag. It has all of the killer tonal capabilities of its hand-made, boutique level counterparts along with an impressively silent operation making the Mighty Red Distortion well worth the price!

Looking for a brand new pedal? Check out our entire selection of effects pedals including top brands including MXR, Dunlop and more!