Mixing Console: Basics And How They Work 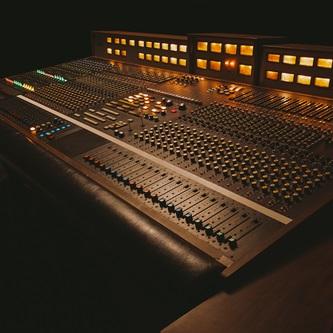 Even this 24-Channel mixing console will seem like like a 4-track once you get the basics down!
(PEAVEY 24FX 24-Channel Mixer With Effects)[/caption]

Like most other things in professional contexts, mixing consoles (also known as mixing boards, mixing desks or simply mixers) come in a surprisingly wide array of designs and sizes. They also come with their fair share of different configurations as well. There’s the common split console or multitrack in-line boards, the knob-per-function or assignable control surfaces, and the digitally controlled analog variety – not to mention the more recent true all-digital mixing consoles as well. But even with the huge amount of variety between them, most of the aspects on how they work as well as their basic anatomy are common to all mixing consoles, and once you get a good hold on a few of these fundamental mechanics – along with a little bit of common sense – even a 40 channel monster will still be just another board!

The Basics of A Mixing Console

The first thing that you should always keep in mind in order to make the process of wrapping your head around mixers that much easier is to remember that every single one of these devices are intended to perform the same basic functions. Whether they’re the simple, no frills four tracks or the gigantic, 100+ input pro studio behemoths, all mixers share the broad outlines of a common signal-path design. The exact way in which they perform these functions will vary depending on the needs – and price range – of the buyer. Still though, the principles remain the same: a mixer essentially combines the signals from their sources – such as a mic or an electric guitar – processes them to produce an acceptable balance and quality, and passes the resulting mix onto a recorder, PA system or broadcast chain. If you want to get a bit technical, you can say most mixing consoles are actually multiple mixers because they do provide more than just a single combined output signal.

Chances are that 99.9% of people using a mixing console are going to be needing more than one input at a time, therefore mixers inevitably require a few input channels, each of which should be capable of handling signals at both microphone and instrument line levels, with tools and settings capable of adjusting their levels and equalization. Not only that, some are also able to create additional, independently controlled, mixes for effects units, muti-track recorders and even foldback or cue feeds. Furthermore, the mixing console must also be capable of giving users the ability to listen to and meter individual channels, the complete master mix, or the alternative output mixes so that the controls can be adjusted as needed when problems are identified.

How A Mixing Console Works

Almost all mixing desks have a similar signal path. First, the input signal from a line source or microphone is sent through a line buffer or mic amplifier where the signal level is optimized for noise performance and headroom. After that, it passes through the mixer’s equalizer before reaching the channel fader. Auxiliary outputs will usually be located immediately before or after the fader as well as insert points where the signal can be extracted from the mixer, processed though another device –such as effects pedals, external compressors or noise gates – and then returned to continue through the mixer.

Once this is done, the signal is then moved to the available outputs or groups as needed. In the case of the latter, there may be an additional equalizer phase in the groups before the signal reaches the fader, and further routing to the mixer’s main outputs. The reason for the grouping ability is to make it easier to control a large number of signals at once or to allow a single signal processor to work on a number of channel signals simultaneously. That’s pretty much how mixers work in simple terms but let’s check out each phase individually to get an even deeper understanding.

Taking a look at the very first element that a signal hits in a mixing console, the input stage, you’ll find an onboard microphone preamplifier. How a mic preamp is designed is a strong indicator of the sound and character of the entire mixing board, and any loss and quality at this initial stage can never be regained, making these preamps very important. This is why it’s a common practice in multitrack studios to use a few very high-end – and very expensive – external mic preamps in place of the often run of the mill ones built into what would otherwise be a top notch quality mixing console.

With that said, the job of the mic preamp is a very difficult one; it must provide a sufficient amount of signal gain, which is a lot by the way, while keeping the background noise at an absolute minimum. It must also have a high amount of headroom so that unexpected peaks don’t cause overloads. And if that wasn’t enough, it has to preserve all of those little subtle nuances of the waveform captured by the mic – from the lowest frequency to the highest as well as a wide range of volume!