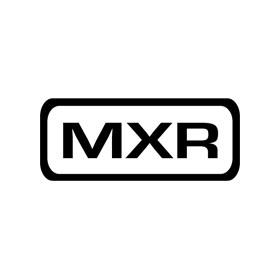 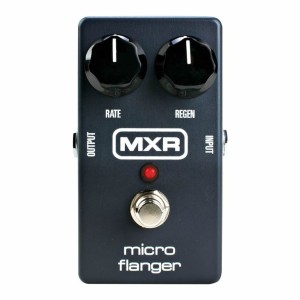 In the world of music, a guitar player’s tone is only as limited as his imagination – or his wallet. With the benefits of material progression and the sheer amount of leeway we are afforded thanks to the digital revolution, effects that were once a product of meticulous in-studio-only manipulations can now be used live with the simple stomp of a switch. Delay for example was originally a studio trick in which the effect was achieved by using tape loops and improvising on reel-to-reel magnetic recording systems. By shortening or lengthening the loop of tape and adjusting the read and write heads, the nature of the delayed echo could be controlled. Flanger on the other hand – which can be heard on such classic songs such as Heart’s “Barracuda” and Van Halen’s “Ain’t Talkin’ ‘Bout Love” – was created by recording a track on two synchronized tapes and periodically slowing one tape by pressing the edge of its reel known as the “flange.” Many describe this as a “jet plane” or “spaceship” sound. Anyways, what was once relegated as strictly in-studio is now yours for the taking thanks to the massive amount of guitar effects pedals around today and since we are speaking of the flanger in particular, especially for those unfamiliar with the effect, why not try out the MXR Micro Flanger? Overall, the pedal’s straight forward and easy-to-use controls make it a perfect addition for those looking for an inexpensive but solid entry into the sound of the flanger as well as a great purchase for those veterans out there looking for a reliable addition to their effects chain. Read on and find out what the MXR Micro Flanger is all about.

The MXR M152 Micro Flanger is pretty much a reissue of the popular ‘80s MXR M117 pedal but with a couple of noticeable differences. For one, two of the four control knobs found in the original are gone altogether (Manual and Depth), which is why this flanger is clearly donned with the Micro tag, although you’ll be happy to know that MXR kept the two more useful controls of the bunch – Rate and Regeneration. MXR also added true bypass with the M152 so those looking to add this as a part of your effects chain should have no worries there. The circuitry is still 100% analog via the same original bucket brigade technology so all you purists out there can lay those digital fears to rest. Those familiar with the size of smaller MXR pedals such as their Phase 90 will know what to expect as far as size and strength: small and compact but with a solid build. The M152 can be powered by either a 9 volt battery or with a separately sold 9 volt ac adapter, which you might want to spring for since you will have to take out a screw from the bottom compartment in order to insert or replace the battery, a real hassle for those who don’t normally go to gigs with screwdrivers and extra batteries in their gig bags.

As far as effects go, flangers aren’t really used throughout an entire song like a chorus or distortion effect would but are instead relegated for solos, intros, and certain little fills where that signature jet plane sound can best be used to spice up the overall feel. With that said, flanger pedals are a bit more difficult to work with than certain other pedals in that they tend to be a bit nitpicky in terms of getting that exact sound right, especially when thrown in the mix with an effects chain which is why the Micro Flanger is a good choice for those not wanting a headache when dealing with their effects pedal seeing as how all of the sounds possible are controlled with just two knobs – Rate and Regeneration. The Rate knob pretty much controls the speed of the rate of the effect while Regen handles the overall intensity. The best way to get a feel for what each can do is by setting both knobs on their mid settings and go from there.  On this setting, the pedal gives you a very warm and colorful chorus like effect with subtle waves and sound movements that can best be heard when played through clean amp settings. Increasing the Regen from there will give you a big spacey sound similar to thick mix of chorus with a slight wah, swooshing sound. Turning the Rate control all the way down on the other hand will give you that familiar jet plane sound that many know the flanger for. All in all, the straight forward nature of both controls pretty much makes it so that any combination of the two will give you a pretty interesting and useful sound, although those that like to micro manage all of their effects to the tee will be left wanting more.

As far as bang for your buck goes, you’ll be hard pressed to find a flanger pedal with as much value as the MXR M152 Micro Flanger for under $90. Its easy to use and no-nonsense setup makes it almost impossible to find a bad setting on the pedal although tone-sluts will probably be left wanting a bit more as far as versatility goes. All in all, the MXR Micro Flanger is a great pedal for beginners new to effects or simply those looking for a solid flanger that they can set and forget – especially for only $89.95!

And don't forget to check out the rest of PAL's excellent selection of guitar effects pedals right here!