An Ode To The Fender Stratocaster Electric Guitar

When it comes to choosing the guitar that I would use in recording, performing or anywhere, I want it with the utmost attention to the following details: tonal quality, wood, bridge intonation, pickups, and shape of the guitar and its weight. I want a guitar that has a soft tone, something that can adapt to the blues, rock and roll and another genre. I also want a guitar that uses alder or any medium, not so dark, not so light wood type. I also make sure that the action and the intonation are correct. However, this thing here varies and depends mostly on the way you set up the guitar. I want a real vintage guitar and look. This is why I prefer the Fender Stratocaster more. And not just me, which includes the millions of Strat owners around the world. Whether you are a professional guitar player or just an ordinary guy who plays guitar, you would love.

The Fender Stratocaster is perhaps a full type of guitar. You could play it in virtually any genre you want. And it's not just me talking about it, even the guitar aficionados around the world say so.

It was supposed to be the upgrade for the Telecaster. There was a time that Leo Fender was asking his users about what should be improved on the Telecaster. Many people responded that they should have three single coil pickups; you must reshape your body to be more streamlined or sexier than usual. They wanted it to be a little bigger. However, there are some people who suggested that instead of upgrading the Telecaster, they think that Leo Fender should make another guitar, with all Telecaster improvements. Thus, the creation of the most popular guitar model in the world, the Fender Stratocaster. No one would have thought it would be so popular, but to date, it still holds the title.

You can play with music from blues, rock and roll, rhythm and blues, jazz, grunge, metal, hardcore, reggae, and the list goes on and on. It is also the first guitar to have a five-way pickup selector. It allows you to have 5 combination pickup that entitles you to more shades. This is where flexibility and versatility happen. The collection of three individual coils is also the reason for the unique and varied tonal quality that could only be found in the Fender Stratocaster. Many have imitated it, but there can only be one.

Below are a couple of interesting tidbits about the history of Fender's great guitar:

1. Fender Telecaster - this was the first commercially successful solid body electric guitar and the third commercial Fender guitar. The first was the Esquire, a single pickup, a solid body guitar, then the Broadcaster which was discontinued due to copyright issues with Gretsch (later owned by Fender) and then the Telecaster. A double single - coil pick up an electric guitar that tone was the most sought after when it comes to traditional blues, rock and roll and jazz.

2. Fender Stratocaster - The supposed to be the improvement of the Telecaster but was made to be a different guitar as suggested by the customers. In the opinion of most people, it is the perfect guitar. It is usually set up with a single three picks up coil created with the pickup bridge tilted to get you your unique tone.

Of course, there are much more Fender guitars than the two mentioned above, such as the Mustang and  Jaguar, not to mention the countless variations for each design. Still, the Fender Stratocaster remains my favorite. Whether it's blues, country, rock or reggae, the Strat has you covered!

What's your favorite guitar and why? 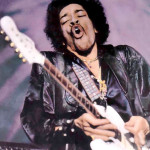 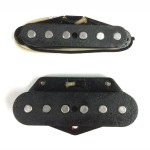 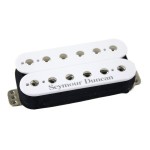