It wasn’t too long ago that Seymour Duncan was known for only their pickups but over the last few years, the legendary company has ventured beyond spinning coils onto magnets. What started with the Pickup Booster quickly grew into a respectable line of pedals including the Catalina Chorus, Palladium Gain Stage, Vapor Trail Delay, 808 Overdrive and more. Today, we welcome two new members to that solid lineup -- the PowerStage 700 and PowerStage 170, a duo of power amps that offer the same high level of quality and tone we’ve come to expect from Duncan and then some. 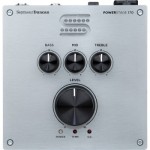 It goes without saying that effects pedals are an integral part of most guitarists’ tone arsenal. And while pedalboard bags are a great way to take your sound with you on the go, amps are far from travel-friendly. This is where portable power amplifiers come in -- amp in a pedal solutions designed with both power and portability in mind, and that’s exactly the philosophy the Duncan PowerStage 170 was designed around.

At its core, the PowerStage 170 is a miniature clean amp head made to work with your existing pedals, speaker cab or audio workstation. And while it might look like a typical effects pedal, it’s small frame houses a 170-watt power amp rated at 4 Ohms, giving it more than enough power to run your entire rig. And at only 2 lbs., it’s light enough to throw in a bad or placed on a board without adding much weight -- something you can’t say about your typical amp head.

And while it might not have all of the same bells and whistles as a full sized power amp, the PowerStage 170 feature a global 3 band EQ that allows you to fully tweak and customize your sound in order to fit a variety of gear and situations. And because the PowerStage was made to live on your pedalboard, the guys at Duncan made sure operation is as easy as possible. For example, it features a huge metal knob at its center and the entire pedal is built to be a little higher than your average stompbox so that you don’t accidentally change any of your nearby effects settings.

And because the PowerStage was made to live on your pedalboard, the guys at Duncan made sure operation is as easy as possible. For example, it features a huge metal knob at its center and the entire pedal is built to be a little higher than your average stompbox so that you don’t accidentally change any of your nearby effects settings.

Check out the video below to hear the PowerStage 170 in action:

Click here for more information on the Seymour Duncan PowerStage 170. 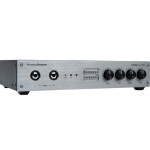 If you like what you’re hearing with the PowerStage 170 but feel like you could still use more power, more headroom, more features, and settings, the PowerStage 700 is exactly what you’re looking for. And while it might be bigger than your average pedal, it still remains a lot smaller and lighter than your average power amp -- small enough to easily fit in a backpack or bag without wearing you out.

Featuring 700 watts of clean power, the PowerStage 700 has more than enough juice to run a number of cabinet setups, from a single 1x12 to multiple 4x12s. And thanks to its variable power supply (which can do anywhere from 100v to 240v), it can essentially match any cab no matter its impedance. This makes the PowerStage 700 the perfect power amp for guitarists tend to travel or who typically rely on rented or borrowed gear.

The PowerStage 700 is also more than just a live power amp as it works equally well in the studio or at home. Featuring stereo inputs/outputs, and stereo XLR outputs and a True Cab Circuitry for analog cabinet emulation, it's the perfect compliment to a digital audio workstation. It also works especially well when paired with an amp modeler or digital preamp. Whether you're looking to run your effects pedals straight into your digital audio workstation (with full speaker simulation) or use the stereo inputs for signal routing, the PowerStage 700 can do it with ease.

But don't just take our word for it, check out the Duncan PowerStage 700 in action for yourself in the video below:

Click here for more information on the Seymour Duncan PowerStage 700.

Yes, Seymour Duncan’s bread in butter still lies primarily with their pickups but with every new piece of gear they come out with, they are shaping up to be a way more than just a pickup maker. With the PowerStage 170 and PowerStage 700, Duncan has created two highly versatile clean amplifiers that offer the same great quality that their other products are known for. Whether you like the pedalboard friendly design of the 170 or the abundance of power and versatility of the 700, you can't go wrong with a Seymour Duncan PowerStage.

Have you ever used a power amp pedal? 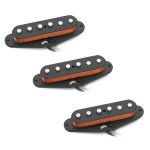 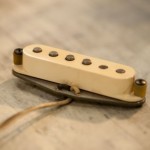 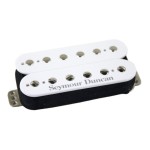