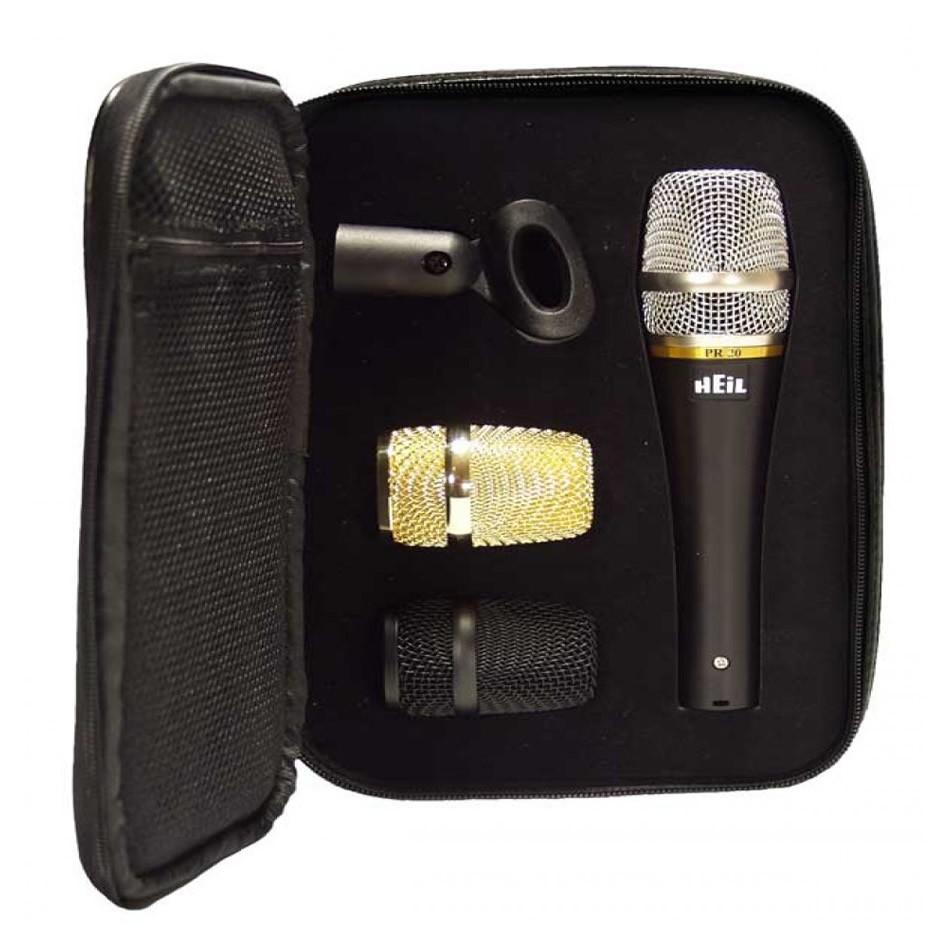 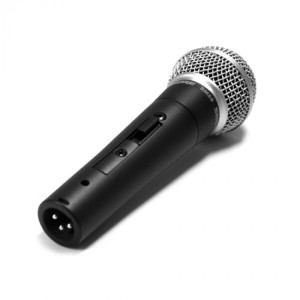 With the endless selection of microphones in the market today, it can get pretty tough finding the one that best suits your style and needs. And if you happen to be new to the scene, you might not even know where to begin! The Pros at PAL are here to help! Today, we’re looking at five of the dynamic vocal microphones that offer the features, sound quality and overall bang-for-your-buck value that make them stand out among a crowded pack. Whether you’re looking for a tough workhorse that will last you years or bright tone that cuts through the mix, PAL has you covered!

You simply can’t mention popular vocal mics without the Shure SM58. For those of you unaware, the SM58 is pretty much the live vocal mic that every other similar mic is compared to as it has become the standard in the industry (and the SM58s is the same mic with an on/off switch). The next time you ever go to a live concert, there’s a VERY good chance that they are probably using an SM58.

The frequency response tailored for vocals, with brightened midrange and bass rolloff which works amazing for both leads and backup vocals. In my own opinion, it has a very warm and colorful sound to it that simply can’t be reached by almost any other dynamic mic in this price range. And if you happen to have a good preamp on you, you can even use it to record pretty much almost anything on it, from acoustic guitars to drum kit toms.

The uniform cardioid pickup pattern isolates the main sound source and minimizes background noise even in the chaotic loudness of the live stage. It can also take one hell of a beating and still work good as new! With all that and more, there's no wonder why the SM58 is well known for being the permanent choice in a live vocal mic for several singers and works just as great as a dynamic studio mic. 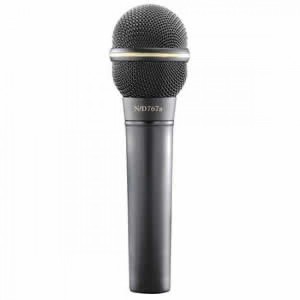 If the SM58 is a bit too cookie cutter for your taste, the N/D767a is a popular option with plenty of fans who would easily take this mic over Shure’s. Known for its rich and robust tone, fantastic low end and midrange with top end clarity, the N/D767a works great for both lead and backup vocals. It’s also built extremely tough so it can handle the beating of the touring vocalist with ease.

Compared to an SM58, vocals sound a bit thicker, making Shure’s workhorse sound thin in comparison thanks to E.V.’s VOB (voice optimizing bass) technology. In fact, if you’re a bass singer, this mic works exceptionally well, especially at a close range. While other mics tend to sound muffled in the low end, the N/D767a handles them brilliantly, producing a consistent, fantastic response.

The tight supercardioid polar pattern gives the N/D767a excellent feedback rejection which lends itself perfectly to live performances. You’ll be hard pressed to find another mic at a similar price point with a signal to noise ratio as great as this one! 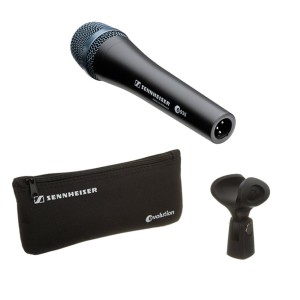 Known for a great top end sparkle that cuts especially well through a mix, the e935 has made strides throughout the industry in order to become the number one microphone for rental companies. Notable features include an advanced shockmount design, a hum-compensating coil, consistent on/off axis resonse and a cardioid polar pattern that boasts great feedback rejection.

Although the general consensus among vocalists regard this mic as better suited for higher range singers (tenor, female vocalists), you can easily find many lower range belters who have used the e935 with outstanding results.

Be warned though – the cardioid polar pattern and high output of the e935 make this mic a lot more sensitive than the SM58. This means that undisciplined vocalists will need time getting accustomed to the tendencies of the e935, especially with plosives (though they can easily be tamed with some slight maneuvering).

And while mics like the SM58 are known for hiding little mistakes, not unlike a distorted guitar, flaws will become much more apparent with the e935. Professionals need not worry but amateur vocalists will need to buckle down on their technique in order to get the most out of the e935 -- but it’s well worth it!

If you’re willing to put in the time to iron out those minor technical miscues the payoff is a rich, lively, dynamic sound with tone as clean and warm as they come! 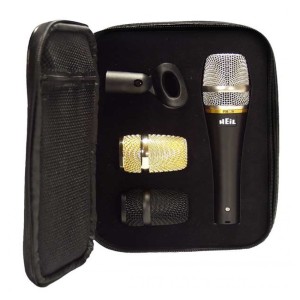 Clear, vibrant cutting tone – that’s what the PR-20 brings to the table. The PR-20 is a versatile workhorse that can be used for a number of varied applications. Its outstanding upper mid-range makes it a great live vocal microphone, giving you a smooth and natural tone that will definitely stand out while its frequency response and superb dynamic range suit it perfectly for use with a snare drum.

If the Sennheiser e935 sounds a bit too sensitive for your liking, the PR-20 should be right up your alley although this means for recording purposes, quiet instruments will not fare as well. A few drawbacks include a more subdued proximity effect than similar microphones (which isn’t a problem if you’re not a fan of the effect or tend to sing close to the mic) along with the occasional bout with mid-range feedback.

As soon as you hold up the PR-20 you’ll instantly notice it’s built like a tank thanks to its heavy steel construction making this mic a perfect choice for those wanting a mic that can withstand more than a few drops. 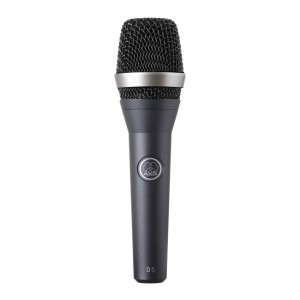 While it might not boast the most bells and whistles on this list but at less than $100, it definitely offers plenty of value. Designed with lead and backing vocals in mid, the D5 delivers a powerful sound even in the nosiest of situations thanks to its supercardioid polar patter, ensuring maximum gain before feedback.

Many vocalists would describe the D5’s tone as a bit thicker but without the muddiness, along with a smooth and even response. It is also especially suited for lower register singers as well as screamers thanks to AKGs low mid boost so metal vocalists should find the D5 a good choice.

Features include a patented laminated Varimotion diaphragm that helps deliver a crisp sound that cuts through the mix, and integrated pop filter, dual shock mount microphone capsule for handling noise and a spring steel wire mesh grille that ensures longevity even in the roughest situations!