A Quick Look At American Versus British Amp Tone It's common to find different amps referred to as either British voiced or American voiced. However, it can be difficult sometimes to understand or, even, define the difference in these tones especially when certain bands from America also play what is regarded as a typically British voiced amp. Even so, the most common way of differentiating between the British sound vs. American sound is by taking a look at the prime examples of both: Marshall versus and Fender amps. While you can definitely get a lot deeper into the subtleties between British and American amp tones, below is a quick look at some of the general qualities of each that should give you a good idea on where these two tones differ.

The Marshall amp tone can be described as having a tight and chimey quality, with more emphasis on the higher frequencies. Compared to American amp tones, they can be described as having a bit more bite, preferred by players that love to push their amps into distortion. Much of the tone that is now associated with British-voiced amps can be traced back to their use of EL84 and EL34 vacuum tubes. These tubes offer a strong midrange and a more aggressive sound when compared to 6L6 tubes (the American counterpart to the EL34). 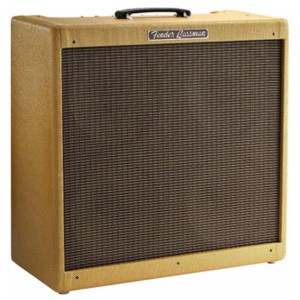 The legendary Fender Bassman owes part of its signature sound to a pair of 6L6 power tubes.[/caption]

While British amps are often described as being more aggressive with a midrange punch, American amp tone is typically seen as much smoother, with a bit more emphasis on the low-mids, giving it a warmer overall sound. They also tend to feature slightly scooped mids that end with a smoother top end. A good example Fender amp tone would be “God Save the Queen” by Sex Pistols who ironically were British. Another notable difference in between the British sound and the American sound is that the American bands had the tendency to use the 6L6 tubes, well-known for their clean and fluid tones, offering everything from sparkly, pristine sounds to warm overdrive.

Hopefully, the quick info above has given you a good idea on the main tonal differences between these two legendary tones. Whether you prefer the cleaner, smoother feel of American amps or the strong midrange punch and edge of British designs, you can't deny that both have played an integral role in the history of rock.

Which do you prefer, American or British amp tone? 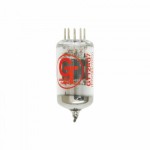