The Difference Between Flanger and Phaser Effects 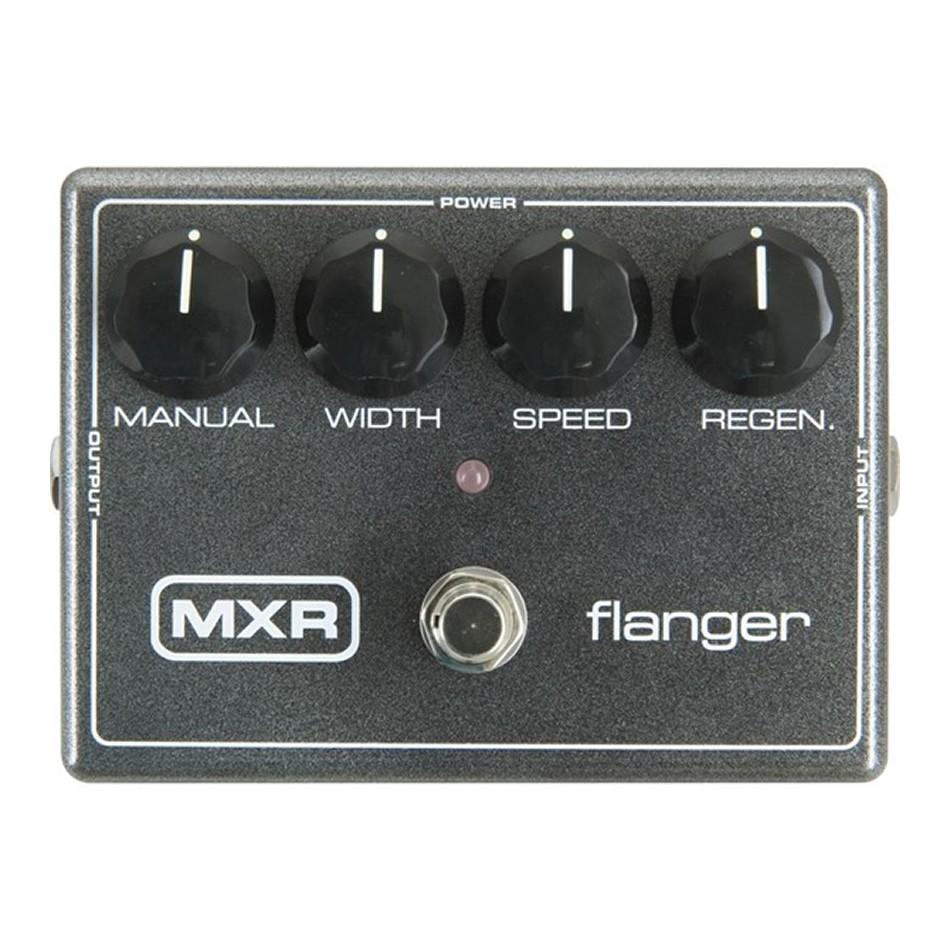 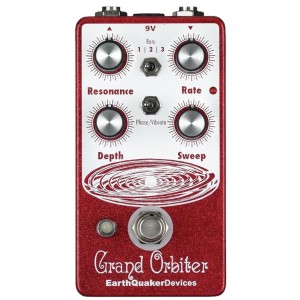 With so many different effects out there, each with their own countless variations, it can be easy to get confused, especially if you’re not too familiar with them. Just like tremolo and vibrato, flanging and phaser effects are two such sounds that players tend to mix up. Although they are in fact related in many different aspects, such as being created by delaying the signal by small amounts then mixing this with the dry signal, they are unique effects with their own sound and tendencies. Let’s break down the confusion by taking a look at each of them individually.

The flanging effect began when recording engineers learned that they could record a signal onto two tape machines at the same time, then feed the playback of those two signals into a third recorder. When one of the two tape reels was operated to be slightly behind the other, the result was a weird, hollow sound. If you put your finger on the rim – also known as the flange – of one of the reels, it slows down just enough to create that peculiar sound, which some compare to a voice echoing through the length of a pipe while other's describe it as similar to the sound of a roaring 747 jumbo jet. Once the tape is let go, it speeds up again, creating what we know as the flanging effect.

Of course, the artificial flanging we get from pedals is far more flexible than the original tape flanging, offering more control over harmonic overtones as well as the depth of the effect and rate at which it occurs. Although pretty rare nowadays, there are also some flangers that are envelope-triggered, meaning that the sweep of the effect is triggered when a note is struck. Frank Zappa used this type of flange effect a lot in his late ‘70s and early ‘80s material. The effect you’re actually hearing is a whole set of harmonic overtones shifting relative to an unchanged form of the same sound.

If ease of use is a concern, the TC Electronic Vortex is an excellent choice for a flanger pedal. Not only is it easy to operate, the tone quality is outstanding and the pedal itself comes in a small form factor, ensuring it won't take up too much of that precious space on your pedalboard. Best of all, the Vortex boasts TC Electronic's Tone Print feature, allowing you to install the exact flange sound of your favorite rock heroes as well as the bevy of user created tones as well. Another popular choice is the MXR M117 Flange, the same used by Eddie Van Halen on several tracks including "Unchained" and "And the Cradle Will Rock." And just in case the M117 is a bit too bulky for your taste, the MXR M152 Micro Flange comes with many of the same effects of its bigger brethren but in a much smaller package.

Phasing on the other hand is much milder, subtler effect where the shifting has a more smeared quality to it and is not characterized by a connection to the harmonic series as much as flanging is. Many describe it as more spacey, swirly and thicker, more like a wah-wah pedal being rocked back and forth in a very steady, consistent motion. Take a listen to the solo in Van Halen’s “Ice Cream Man” for a good example of a phaser at slow speed.

If you happen to be looking for a very Van Halen phaser sound, try using the effect before distortion, rather than after it, on your effects-chain. Placing a phaser before distortion tends to yield a fatter, swishy sound as opposed to the reverse (placing a phaser after distortion) which lean towards a fizzy sort of sound more akin to what you’d hear in styles like New Wave. Both have their uses and while many multi-effects units tend to place phasing only after distortion, you can easily find  guitarists that are more satisfied when the phaser is set before any gain. Experiment with both to see what fits your style best.

As far as pedals go, you can't mention phasing effects without talking about the MXR '74 Vintage Phase 90; an industry standard widely used by some of  biggest names in rock including Led Zeppelin's Jimmy Page and, of course, Eddie Van Halen. And just in case you really want to go all-in with the Van Halen sound, you can pair up Eddie's own EVH Phase 90 and the EVH Flanger, based on the original MXR M117 Flanger we touched on earlier. If you're looking for something a little more versatile, the Grand Orbiter Phaser by EarthQuaker Devices offers high-quality analog tone and comes packing plenty of extra features including various modulation modes and even settings that allow it to work as a true pitch vibrato pedal.

Hopefully this has cleared much of the confusion you might have had between the two effects. While similar in their swirly, swooshy goodness, it's important exactly what you're getting with either one, especially if you're looking for a specific sound -- or you can also always combine both for the ultimate out of this world sound! Check out the demo videos below for a good idea of what each can bring to the table.

Not ready to decide? Browse our entire selection of Flanger and Phaser pedals and check out what's right for you or chat with one of our pros using the Contact Us tab below!