Aside from maybe distortion and overdrive, reverb and delay are easily two of the most often used and recognizable effects in rock. From the old school tape echo machines of yore or the modern digital delays and their countless voicings, there are a ton of flavors to choose from between the two. But pedalboard real estate is scarce so having more than one type of effect isn't something most us are comfortable with. Enter the Wampler Ethereal, a highly versatile pedal that not only combines reverb and delay into one box but does so with powerful settings that let you dial up a ton of highly useful sounds. From huge swaths of dreamy ambiance to no nonsense meat and potatoes reverb and delay, the Wampler Ethereal delivers.

The Build Of The Wampler Ethereal Reverb And Delay

One of the first things I do before I even think about plugging in a brand new effects pedal is check out the quality of the build. Having used countless pedals over the last few years, I can tell you that there is definitely a notable difference between a well-built stompbox and one that was probably made with keeping costs down strictly in mind. In that sense, the Wampler Ethereal is definitely in the first group -- it is a solid, well-built pedal that has all the hallmarks of a piece of gear that should last you at least decade with normal use. All of the knobs and switches feel firmly in place and the entire pedal itself has a nice weight to it.

As far as power goes, the Wampler Ethereal can be powered by either a standard 9v or 18v power adapter, neither of which is included with the pedal. It also lacks the ability to be battery operated so you'll definitely have to snag an adapter if you don't happen to have a spare one lying around. 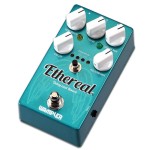 How many times have you sat in front of your favorite ambient pedal and felt like you need weeks of training at NASA to use it? Knobs, switches, sliders…It’s often SO hard and frustrating to find a usable tone on those things quickly... Keeping that firmly in mind, when we first considered making an ambient pedal, ease of use was a top priority, right up there with top tier quality tone on par with pedals at twice the price.

The Features Of The Wampler Ethereal Reverb And Delay

At its core, the Ethereal is a versatile ambiance machine in pedal form controlled through a total of five knobs, a switch, and a toggle button -- not to mention the obvious on/off footswitch. And while all that might make controlling the Ethereal seem like a complicated mess, the control scheme is actually laid out very intuitively, with an end result that is actually very easy to use once you figure out what each setting is capable of.

Starting off with the core knobs, we have Feedback and Delay. Delay controls the length of the delay which can be extended all the way up to a full second at its highest setting. There's even a blinking yellow LED light (next to the Feedback knob for some reason) that indicates the current the timing. Feedback, meanwhile, is where you set your desired amount of reverb, capable of everything from a single repeat to full on crazy self-oscillation.

Next up, we have the Delay Mode switch which lets you layer one of four different delay timings on top of the main delay effect (such as the well known quarter note and dotted eighth mix). This is a truly powerful feature that essentially gives you something that sounds like two delays are going at once.

And lastly, we have the Trails toggle button which lets you deactivate the pedal without cutting off your effects. In other words, it allows the Ethereal to act as a buffered bypass pedal when engaged or remain a true bypass pedal when off.

The Sound Of The Wampler Ethereal Reverb And Delay

As the old saying goes, you're only as strong as your weakest link and as far as the Wampler Ethereal goes, I'm happy to say that both the Reverb and Delay components are great in their own right. If you're a fan of the signature slapback delays made famous by classic old school players or want something a lot more ambient and dream-like, it's in there. Or how about an equally versatile Reverb that can go from a slight, subtle echo to a truly spacious hall reverb and even crazy self-oscillation, the Ethereal has you covered there as well.

But as great as the two effects sound individually, the pedal truly shows off its strengths when they are used together, giving players a greater amount of possible sounds through a single device. And one of the reasons why the Ethereal sounds so great is the way it works with your guitar signal. Even at it's maxed Reverb and Delay settings, you still get a strong dose of your guitar's dry signal, meaning it never gets to the point where the sound begins to lose its natural, organic characteristics.

As I mentioned above, the Delay Mode is by far one of the strongest features on the Ethereal, allowing you to create a complex layer of repeats and huge, ambient sounds while you do nothing more than play like you normally would. Add a good helping of Reverb to this dual layered Delay and you'll easily be awash in a wild flurry of pulsating sounds and rhythmic echoes. Players who love experimenting with out of this world type of tones will spend a ton of time putting the four various Delay Mode timings through their paces.

But what if you're more of a traditional type of player who isn't looking for crazy, out of this world sounds? Well, the Ethereal doesn't disappoint in that department either. Despite being an unapologetically digital pedal, the delay and reverb on the Ethereal never sound sterile. In fact, I was able to get a nice shade of analog like tape echo with the Feedback knob at a little below its halfway setting and the Tone knob turned a bit towards its darker end. Sure, it might not rival a true analog pedal when it comes to natural, organic signal breakup but the Ethereal sounds plenty smooth for a digital pedal.

But enough of what I think -- hear the Wampler Ethereal in action for yourself by playing the video below:

Whether you're looking to save some space on your board by adding a dual reverb/delay or simply searching for a damn good effects pedal, the Ethereal is highly recommended. Not only would it be a great delay or reverb on its own, but the fact that it was built from the ground up to have those two effects work in concert with each other takes it to a whole other level. Whether you're an old school rock and roll guy looking for a good delay and reverb pedal or an experimental player that writes songs that sound like the soundtrack to a dream, the Wampler Ethereal

If you have any questions regarding the purchase of the Wampler Ethereal Reverb Delay or any other piece of gear, don't hesitate to chat with one of our friendly PAL pros by using the live chat feature below or by calling us toll-free at 1 877-671-2200!

What do you look for in a delay or reverb pedal? 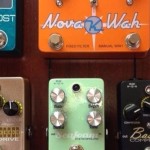 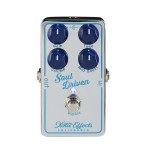 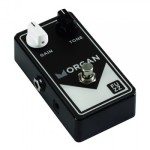