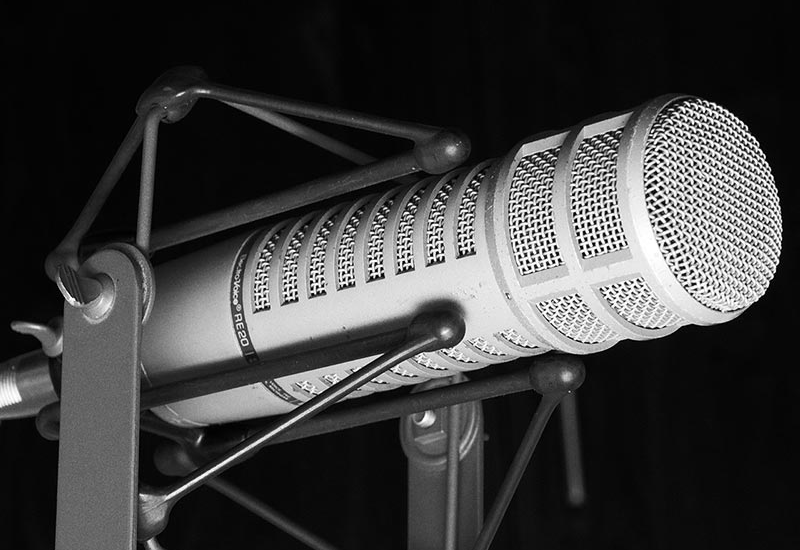 While Electro-Voice might be better known for their signature loudspeakers, they also know how to construct a high-quality microphone. The EV RE20, in particular, is well-known among the broadcasting community as the go-to mic for applications that require a clear, cutting and high-quality sound. It also doubles as a high-quality instrument mic. But with that said, this famous mic retails for about $400. And for musicians on a budget, that's nothing to sniff at. With that said, we take a look at the RE20 to see if worth the investment.

The Electro-Voice RE-20 is known as a favorite among broadcasters and sound engineers worldwide for several reasons. First and foremost, it's a high-quality workhorse that offers superior sound capture thanks to it's large "acoustalloy" diaphragm and low mass aluminum voice coil. It also features a dual-ported, continuously Variable-D design with a flat response for minimal proximity effect. Other core features such as a heavy-duty internal P-pop filter and an internal element shock-mount makes getting a low-noise, vibration-free recording a cinch. As a dynamic mic, it can easily be used for live situations but don't discount its use as a versatile studio mic as it works well on everything from vocals to drum kits and even guitar. And last but not least, the RE20 also includes a bass-roll off switch, adding to its versatility.

While Electro-Voice mics are known for their high-quality and durable construction, the RE20 definitely takes things up a step. It's diecast steel body really gives it a nice premium feel while large grille brings it all together to create a tough yet good looking mic. Unsurprisingly, it's a bit on the heavy side for a mic of its size, coming in a just a bit over one and a half pounds, which only adds to its premium feel. Overall, this mic looks and feels like it can easily take a beating. 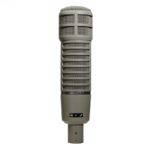 The PR 35 achieves its exceptional performance by using a special magnet structure and a large aluminum 1 1/2" low mass voice coil assembly. A carefully wound and placed hum bucking coil allows the PR 35 to be used close to video monitors without unwanted hum or buzz. Special attention has been paid to the phasing plug assembly with equally placed ports that sense audio from behind the source. It then enters them out of phase thus producing a very linear cardioid pattern. This reduces the proximity effect while achieving the extreme articulation across its smooth 40 Hz- 18 kHz frequency response. The new Heil element can be used in extreme high sound pressure levels and is immune to overload conditions. It produces a beautifully smooth audio response without the inconvenience of phantom or outside d.c. powering.

If you're looking for a mic that all about clear, vibrant, cutting tone with a rich and detailed low end, then the RE20 certainly delivers. If you're accustomed to the Shure SM58, you'll find the RE20 produces a much more articulate response, especially in the lower-midrange, making vocals sound much more defined and structured. The RE20 also gives off very little, if any, coloration, making this mic a great choice for applications where natural sound reproduction is key. Plosives will also be an issue with a mic for the same reason. Still, most of the handling noise and plosives can be mitigated once you get feel for the mic's intricacies. While sensitive, it actually performs amazingly well in loud environments, with virtually no background noise bleed. While this mic is perfect for broadcasting applications, it also works amazingly well with instruments, especially on recordings where a clean, clear tone is desired (such as acoustic guitars and drums).

If you're in the market for a broadcast mic, what better choice than a true industry standard? Or if you're simply looking for a versatile, high-quality dynamic mic that can be used on both vocals and certain instrument applications, the RE20 will definitely fit the bill. While the price tag might deter some buyers, just know that it is actually well worth the investment if you can swing it. Featuring a premium, tough as nails build, high-quality components and sound reproduction that's at the top of its class, you can't go wrong with the Electro-Voice RE20.