Mini pedals have become more prevalent in the last few years as many manufacturers are creating tiny versions of their well-known stompboxes. While they might be insanely small, many of these miniature effects do a great job at maintaining the core tone and functionality of their bigger brothers, even if they do lose a few options and settings due to their smaller size. With that in mind, we decided to take a look at these tiny tone monsters and see if they can stand toe-to-toe with their standard sized counterparts. Below, we take a look at five fantastic small pedals that we highly recommend. 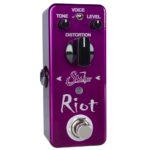 Unlike other miniature pedals, Suhr crafted the Riot Mini to retain nearly everything from the original and house it all in a much smaller package. In fact, the only feature the mini lacks from the original is the ability to be powered through a 9v battery. Differences aside, this pedal is a classic high gain that is designed to be used in front of a clean amp to turn it into a raging 100-watt overdriven stack (and it certainly succeeds). And while it might not have as many controls and settings as other distortion pedals, the included Distortion, Tone and Level knobs are more than capable of creating monster tones. There's also a 3-way switch to change the EQ voicing which actually makes quite a difference from midboosted to slightly scooped. For a no-compromise distortion pedal that can save you plenty of valuable board real estate, look no further than the Suhr Riot Mini. 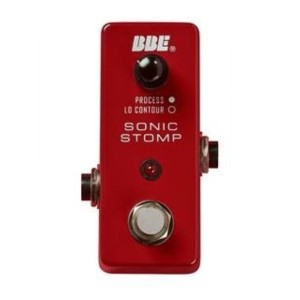 The classic BBE Sonic Stomp in a miniature form the one piece of gear improve the performance of your whole rig. Whether you’re a guitarist or bassist, get ready to be amazed. With Sonic Stomp’s proprietary BBE Sonic Maximizer technology, you’ll hear your amp cut through the band mix better with dramatically improved note definition in chords and solos. Even with a wall of distortion, the distinct harmonic elements of each note can be heard like never before. Time-based effects take on a level of realism and dimension you never thought possible. It’s like lifting a blanket off your amp to reveal the full potential of your gear and your musical expression. When you’re ready to Maximize Your Tone, get your hands on the new Mini Sonic Stomp! 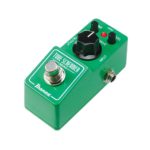 There are few pedals that have created a legacy of imitators as wide and broad as the Ibanez Tube Screamer. With its signature mid-range boost and smooth tube-like overdrive, the original created a tonal formula that is still being copied to this day. With the Tube Screamer Mini, you get the same authentic tones and versatility as the original, thanks to the inclusion of the classic JRC4558D chip and the same 3 controls. Not only is it small enough to fit on nearly any pedalboard, but it's also marked at a price that any guitarist can afford. If you want a classic mid-boost overdrive in miniature form, why not go for the pedal that started it all? 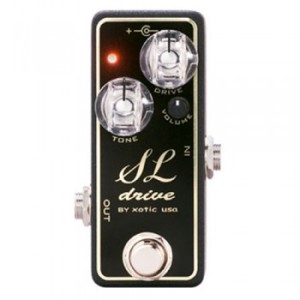 Xotic has hit another home run with the SL Drive. The tiny footprint and amazing tone capabilities of the SL Drive make this incredible-sounding pedal very appealing—you could literally show up to a gig with nothing more than a gig bag and the SL Drive in your back pocket, and that alone has a totally commanding tone. It’s a pedal that rewards investigation. In fact, getting the most out of it means exploring how the DIP switch settings alter the way the pedal interacts with your rig. If you’re looking for an amazing OD that captures Marshall-like tones in an ultra-compact package, it’s hard to beat this tiny wonder. 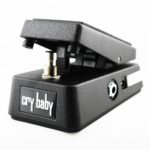 The CBM95 CryBaby Wah is a perfect miniature recreation of Dunlop's classic GCB95 wah-wah pedal. This little beast comes packing everything from the original, including the legendary Fasel inductor and three internally adjustable voicings—Low, Vintage, and GCB95. Better yet, this miniature CryBaby also comes packing true bypass switching and a high-quality build that can easily handle years of constant use or the occasional drop. It should be noted that while the CBM95 is certainly a fully featured wah-wah pedal, the smaller size means that you'll need a little bit of practice to nail down the feel of the foot level. But once you have that nailed down, you're left with arguably best-known wah in music history.

Well, there you have it--five great miniature pedals that we personally recommend. While some of the pedals above might not have all of the settings or options of their bigger brethren, they retain what matters most -- awesome tone!